A common issue that came out of a recent ministerial outreach to the community of Kairuni, Region Ten, is land regularisation. The residents said that the issue has been prolonging for the past five years, and they are calling on the government to intervene.

Minister within the Ministry of Communities, Dawn Hastings-Williams led a team of officials including Guyana Lands and Surveys Commission’s (GLSC) Senior Land Administration Officer, Region Four, Monisa Dalrymple and Khemraj Persaud of the Guyana Water Incorporated (GWI) at the outreach on Sunday.

During the community meeting, the residents said that they applied and even paid inspection fees to the GLSC. They said that it is very important that there be an understanding as to whether there are plans to regularise the community.

Minister Hastings-Williams requested that residents provide a copy of their documents including their applications and receipts so that a proper follow-up can be done.

Dalrymple explained that due to the lack of resources, the commission was unable to proceed with the regularisation process, however it is committed to starting the process soon.

“It is the commission’s intention to ensure that the regularisation process is completed and that titles are issued. We will come back into the area and conduct the survey,” Dalrymple told the residents.

Dalrymple said that there are a few steps the commission will have to take before issuing the titles. She explained that, “This will entail inspecting the property, if there is a business on the property or agriculture, so our plan has to reflect that. The plan will then come back into Kairuni for persons to vet, to ensure that your boundary  description is correct and there is no dispute among persons…If there is any dispute at that point we will try our best to resolve those issues.”

Dalrymple further explained that a design will have to be developed for the area. In an instance where a resident has a fence, that may have to entail a redesign. After that process, the commission will then conduct a cadastral survey (the sub-field of surveying that specialises in the establishment and re-establishment of real property boundaries), after which titles will be issued.

Meanwhile, the residents also raised concerns of children not being able to attend school because of the lack of transportation. One resident said that she has to pay $2000 to get her child to school in Linden.

Minister Hastings-Williams urged the residents to continue working together to further develop their community.

This outreach is part of a series of ministerial outreaches being conducted countrywide to listen to, and interact with the citizens in order to address their concerns. 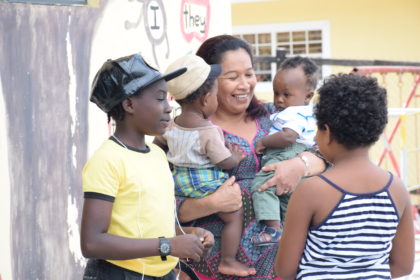 Minister within the Ministry of Communities, Dawn Hastings-Williams interacting with children 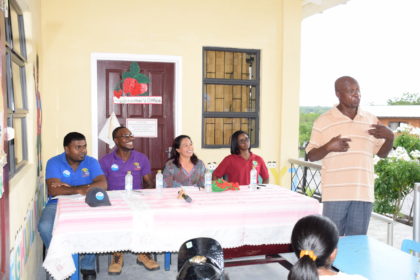 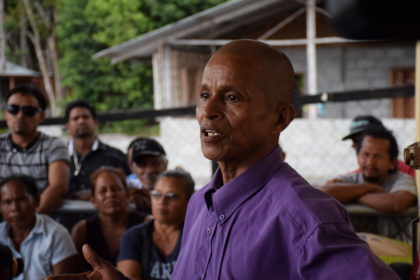 A Kairuni resident raising his concern 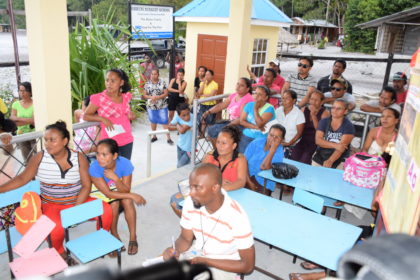 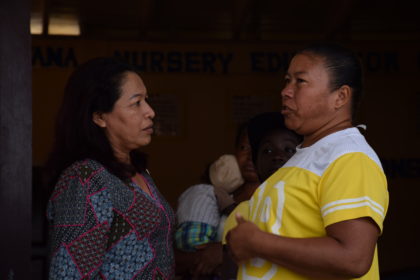 Minister within the Ministry of Communities, Dawn Hastings-Williams interacting with a resident