LGE not about party politics

Georgetown, Guyana (October 8, 2018) President David Granger this afternoon told residents of Anna Regina and neighbouring communities in the Pomeroon-Supenaam Region (Region Two) that Local Government Elections (LGE) are not about winning or losing but about empowering citizens.

The Head of State was at the time speaking at a community meeting held at the Anna Regina car park on the Essequibo Coast.

“Local Government Elections is not about victim or victor, winning or losing; it is about giving the people the opportunity to run their own affairs. Giving people the opportunity to sit around the table and decide what is best for the market, the street, the light, security. This is the importance of Local Government Elections,” said President Granger. 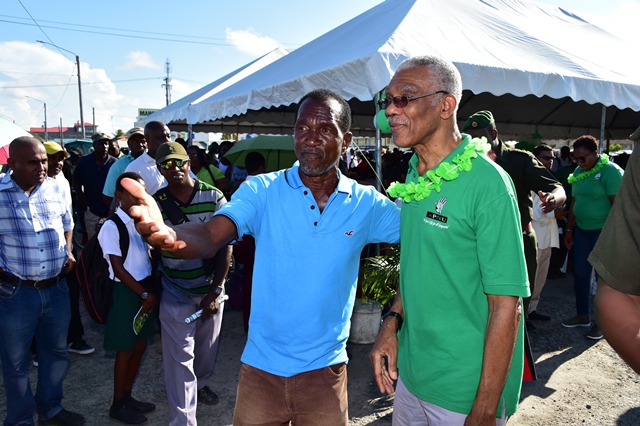 A resident of Anna Region makes a point to President David Granger at the conclusion of a community meeting held at the Anna Regina car park. 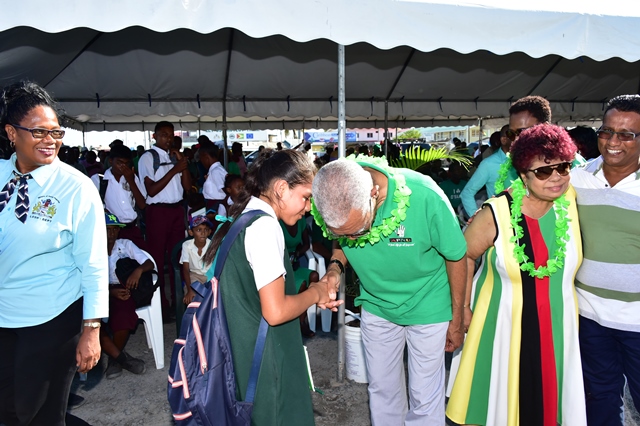 President David Granger greets and listens keenly to a school aged girl who was keen to meet him. 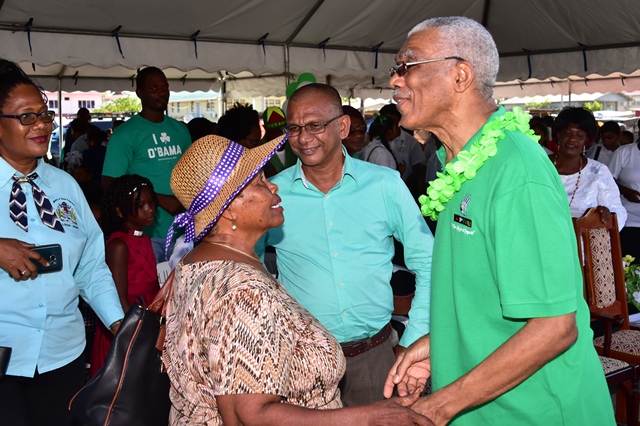 President David Granger greets an elderly woman at the conclusion of a community meeting held at the Anna Regina car park today. 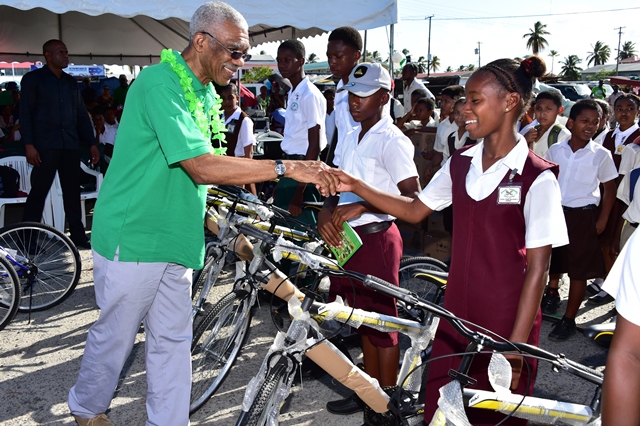 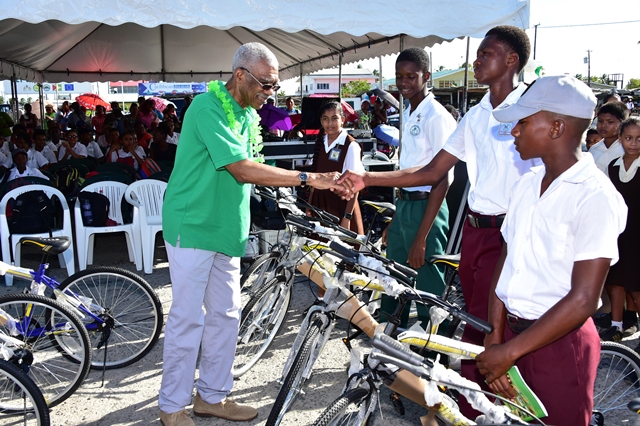 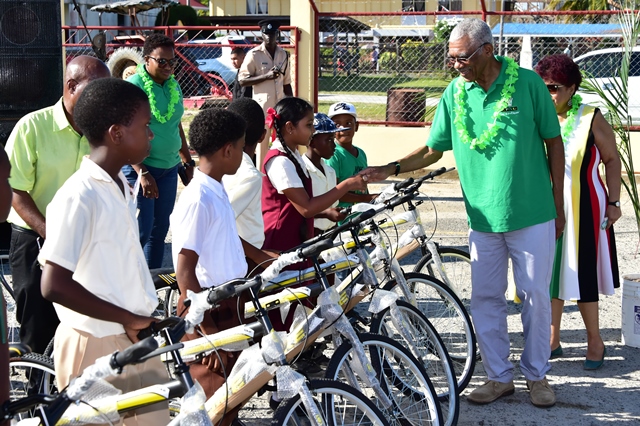 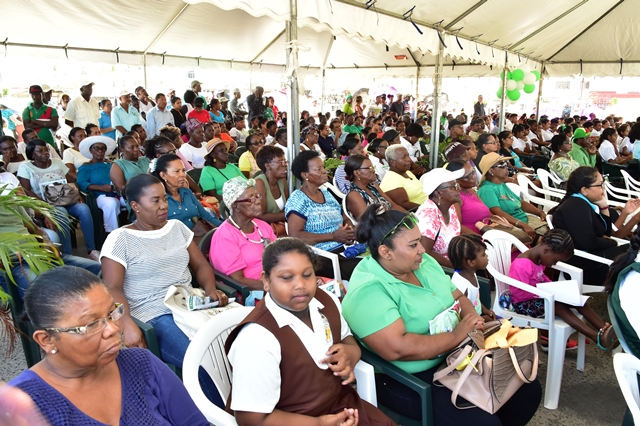 Residents of Anna Regina gathered at the Town’s car park for a community meeting today. 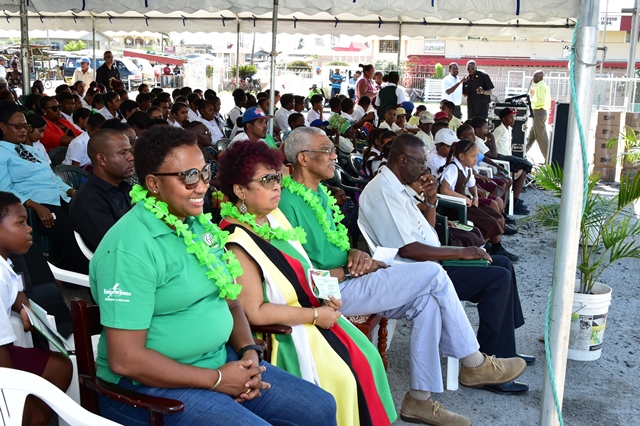 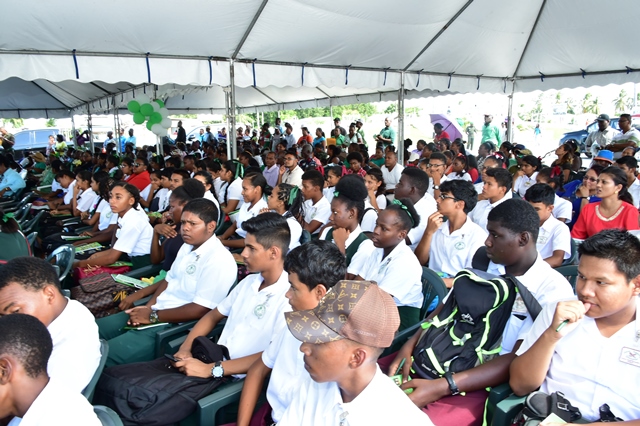 Residents of Anna Regina gathered at the Town’s car park for a community meeting today.

As such, the President noted the need for competent persons to be elected to the municipality and for residents to move away from voting on the basis of party politics. He called on residents of the town to vote for people who are going to develop Anna Regina thereby ensuring the Region becomes the powerhouse it is destined to be.

“When we held Local Government Elections in March 2016, yeah we wanted to win but most of all we wanted to empower the people, give them that confidence to go into the municipalities, to go into the neighbourhoods and make decisions for themselves,” said President Granger who assured the residents that things will improve as he belongs to a caring and concerned government.

“When we are in government we don’t say this is PPP (People’s Progressive Party) municipality or a PPP Neighbourhood Democratic Council (NDC), we say this is a part of Guyana and we help Guyanese wherever they are,” declared the Head of State.

He made it clear that “this government is a government for the whole country” and so no matter the outcome of the November 12, 2018 elections, “we will continue to help Anna Regina to be a better town”.

The President pointed to improvements within the township and noted that Regional Executive Officer (REO) Mr. Rupert Hopkinson knows his responsibilities.

“In the face of resistance your government will continue to do what is necessary to give you a better quality of life,” he said pointed to subventions provided to support community work along with the $30M in government support for the Sustained Livelihood Entrepreneurship Development (SLED) Programme.

“…we are going to continue to strengthen not only the municipality but citizens and residents in Anna Regina”, assured President Granger while adding “that is what you expect a government to do. People speak of Government as if it is something far away in Georgetown. Government is right here!”

Government he stressed has three tiers (local, regional and central) which have to work together to ensure that citizens benefit and enjoy the good life.

But while this is ideal, President Granger pointed to the fact that Regional Chairman Devanand Ramdatt was absent from the community meeting. “Look around, you think the Regional Chairman for Region Two is here? He is not here. That is the problem in Guyana. The President is here, the neighbourhood is here but the middle piece is not here. That is what we have to solve in this country. All three levels have to work together if we are to move this region forward,” he declared.

Further, the Head of State said the time has come for residents must think of the future and look towards developing the region.

“You as residents of Anna Regina must come out to your crease to bat, you must start scoring, you must go to people in your neighbourhood and say I am doing this for Anna Regina, I want you to support my candidates because these candidates will provide a better life for all of us.

I want you to go to alleyways and byways; I want you to go to neighbours, and villages you don’t normally go to. I want you to take the message to everybody in Anna Regina, that this is not a party political matter, this is a developmental matter that affects all of us and our children,” said President Granger.

The President assured those gathered at the Anna Regina car park that his government and A Partnership for National Unity (APNU) are prepared to work to improve Anna Regina.

“I want people to get rich, I want people to open enterprises, to develop all parts of Guyana but  [I want]Anna Regina which has so many advantages to take the lead because you have the experience of being part hinterland, part coastland,” President Granger added.

He noted that over the years Anna Regina has struggled because of poor leadership while assuring that better leadership is on the horizon. “This is a beautiful and complex region…a region which deserves the best leadership because the economy alone of this region… 16 percent of the national rice production comes from Region Two, 14 percent of the national fish and shrimp production comes from Region Two, and not to mention 48 percent coconuts.”

Moreover, President Granger said it is his vision that Anna Regina will have its own municipal aerodrome so that business persons from the Caribbean can land in Anna Regina, conduct their business in the morning and leave before nightfall.

“I want to see people coming into Anna Regina from the rest of the world, not only for rice and coconut water but also to invest and develop this region.  What I am trying to paint to you, is not just a matter of cleaning up the streets and picking up solid waste; it is a vision of the future, so your children will remember this day when their parents went out to LGE to elect a visionary town council; one that looks over the interest of its own people in the town, one that looks over the interest of the other hinterland towns,” he stated while adding that there is need for a Mayor who is visionary and can develop the town into an economic powerhouse.

Meanwhile, Minister within the Ministry of Public Infrastructure, Ms. Annette Ferguson also spoke to the importance of LGE and local democracy. During her presentation, Minister Ferguson pointed to the many developments which have taken place since the APNU+AFC government took office in May 2015.

At the conclusion of the community meeting, President Granger presented some 20 bicycles to school-aged children of Anna Regina and neighbouring communities. The handing over of the bicycles is part of the Public Education Transport Service (PETS).