The old Linden Hospital Complex (LHC) building is being refurbished and upgraded to accommodate new additions. Infrastructural and rehabilitative work that are being done under the Ministry of Public Health’s capital projects, are moving apace.

This is according to Director of Regional Health Services, Dr. Kay Shako. 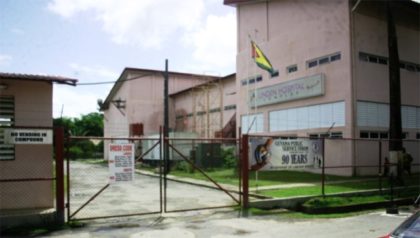 The old LHC building will facilitate consultation rooms, a ten-bed surgical ward and a patients’ waiting room at an estimated cost of $20M, and a canteen.

Both contracts were awarded to Barron’s Exclusive. There is also the ongoing construction of a solid waste furnace at the LHC. This project costs $13.5M with ANIDAN contractors executing it.

During the 2016 budget debates, Minister of Public Health Dr. George Norton defended large allocations to his ministry. The ministry received a $28B allocation of which $11.5B was expended in the first half of this year.

The upgrading of public health institutions in outlying areas, like Linden, is aimed at reducing the congestion at the main referral health facility, the Georgetown Public Hospital Corporation (GPHC).

Also included in the 2016 Budget were funds to complete unfinished structures which were inherited from the previous administration. The sum of $1.5B was allocated as capital expenditure to complete a health centre at Experiment, Bath Settlement, Region Five where $32M was doled out in 2013 for completion, and the Yawong health center, Mountain Foot, Region Eight, which remains incomplete even after $29M was spent on that building.

A number of other capital projects, including the extension and remodelling of the Kwakwani hospital, and upgrades to the Leonora and Diamond Diagnostic centres are earmarked for 2017 completion.