Lindeners urged to unite to benefit from historic development unfolding

With Guyana being on the cusp of unprecedented economic, social and cultural development, Lindeners were urged to coalesce in order to benefit from historic development is unfolding. This admonition was given by Minister of State Joseph Harmon who was the featured speaker at Linden 49th Republic Flag Raising Ceremony.

In his highly appreciated address, Minister Harmon stressed that as Guyana celebrates its 49th year of Republican status, Guyanese needed to put aside their differences.

“It is time for us to unite and cooperate, it is time for the small man to become the real man, this is the time, our future is bright, this is our time,” Harmon stressed to loud applause. 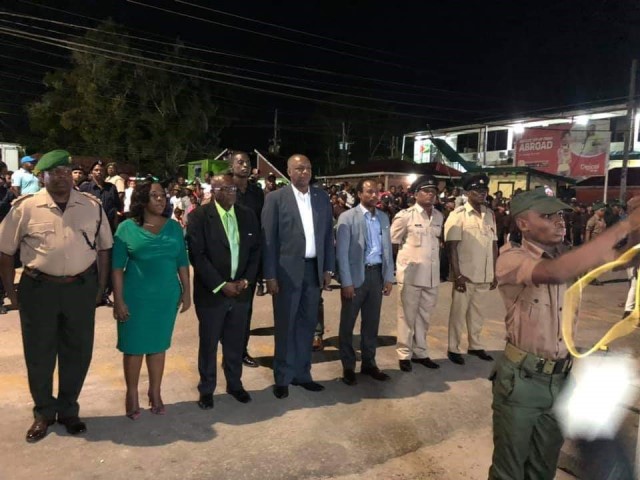 Minister of State Joseph Harmon along with Regional officials and members of the Joint Services witness the hoisting of the flag at the Linden Flag Raising Ceremony. 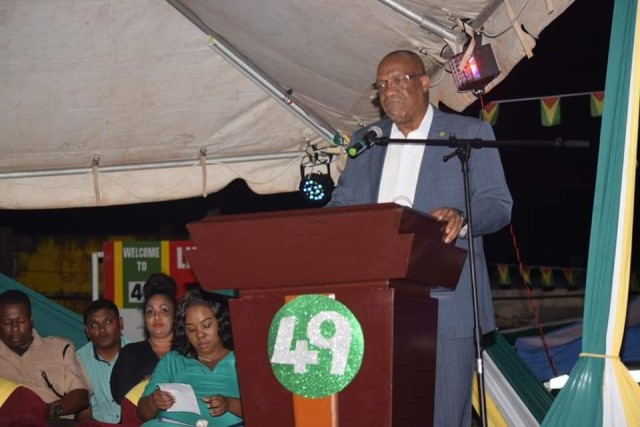 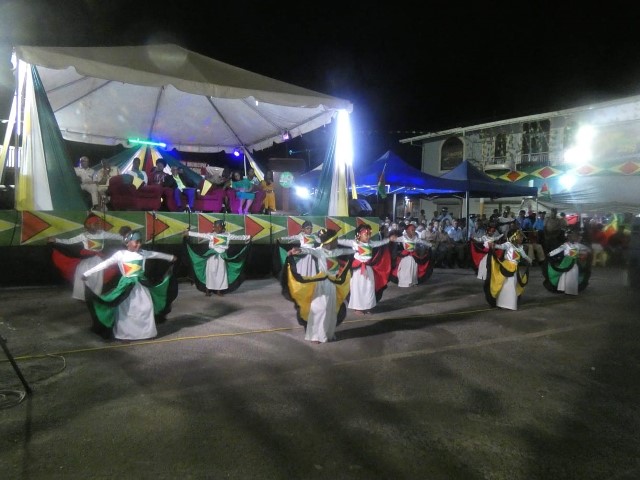 In the Photo: Pupils of the South Amelia’s Ward Nursery School dancing a patriotic dance at the flag raising ceremony.

The State Minister noted that the time is right for residents of Linden to “break the chains” that have stymied their development in order “to celebrate individual victories, community victories, regional victories and national victories.”

He assured that the Coalition Government will work every day to provide an enabling environment so they can achieve these successes. This support he said will be enjoyed by the residents of Linden as well as in all communities, across the length and breadth of Guyana

The residents were given an overview of a plethora of the capital projects that are in store for their communities that will be funded by the 2019 budgetary allocation of $3.9 Billion, which is the largest in history. Twenty roads are expected to be constructed in 2019; several upgrades to drainage systems; construction of bridges; the construction of the Bamia Primary and Nursery Schools and the construction of a spanking new synthetic track at Bayroc. In the area of job creation, the installations of ICT hubs at Block 22, Wismar, is also a 2019 project which will see the employment of over 120 youths as well the refurbishment of the Kara Kara call centre, which will also enable hundreds of Linden youths to benefit from employment opportunities.

Member of Parliament Jermaine Figueira underscored that every Guyanese must be responsible for chartering the nation’s course as a free and independent nation. He urged Lindeners to work in accord with President David Granger in his recognition of Guyana’s potential and his expectation of providing a good life for all Guyanese. “Residents of Region Ten, I put it to you, that achieving a better future and destiny requires a deliberate qualitative change in all aspects of our lives, especially the structure of our economy, the nature of our infrastructure, the education of our youth and acquisition of skills and change in our attitude,” he stressed.

Mayor of Linden Waneka Arrindell noted that Linden is poised for greatness and for all residents to benefit from the expected economic boom cooperation is vital.

The cultural programme was an expression of patriotism through song, dance, poetry and music. The Joint Services, inclusive of the Guyana Police Force, the Guyana Defence Force, the Guyana Fire Service, the Linden Mayor and Town Council Constables, the Scouts, the Children’s Militia wowed the crowd with their precision and marching choreography skills.

At the stroke of midnight, the Golden Arrow Head punctuated the sky on Republic Avenue, Linden, while scores of Lindeners proudly looked on.