Residents of Linden, especially young people are accessing training in heavy duty machinery. It will equip them with skills to match their local job market.

The course, where persons will be trained to operate and repair heavy duty machinery, was initiated two years ago, but only officially launched at the Linden Technical Institute (LTI) yesterday, at the Constabulary Compound, Linden.   It is the first of its kind in the Caribbean. 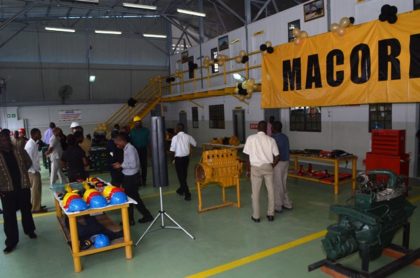 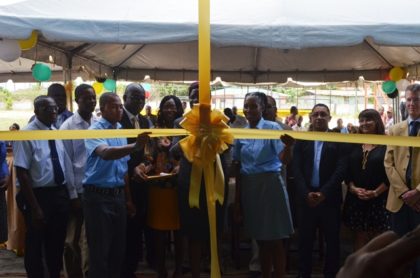 Officials of the TVET Department of the Ministry of Education, LTI, MACORP and the College of the North Atlantic cut the ribbon to officially open LTI’s new automotive workshop

These developments were made possible through the Canadian funded, CARICOM Education for Employment (C-EFE) Programme, under which, the Government of Canada is contributing $19M to support the Caribbean region in developing demand-driven vocational education programmes. These programmes equip graduates with the precise skills that are needed by the labour market, Charge D’ Affaire, Joly explained.

“Partnerships between training institutions and industry are critical to bridging the gaps which exist within the Caribbean, between the persons who have the skills and  are looking for jobs and employers who have vacant jobs, and no skilled persons to fill them,” Joly said.

He explained that in Canada, industries are actively involved in technical and vocational education training through representation on the board of colleges, by providing equipment for student training and by offering internship to trainees. 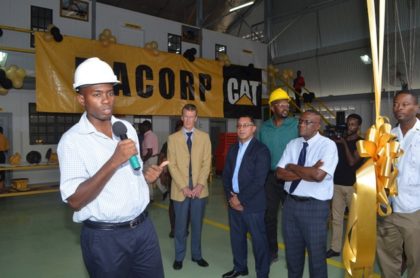 According to Joly, C-FEE is about sharing with the Caribbean, the experience of fostering vital education and industry linkages. “Industries support training institutions because it is in their best interest,” Joly said, adding that “through the C-FEE programme, we are helping training institutions like LTI, to leverage support from industry to yield wins for all concerned.” “Training institutions get relevant equipment to develop demand driven programmes, graduates of the programmes get jobs, industry get jobs,” he said. 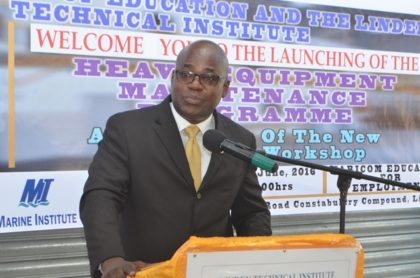 Under C-EFE, a Memorandum of Understanding was signed in November 2012, which saw MACORP plugging a total of US$25,000 towards improving the technical and vocational training programme at the LTI with technical support from the College of the North Atlantic and the Marine Institute of New Foundland, Canada.

The result was the development of the Heavy Duty Programme and the refurbishing of the automotive workshop at the LTI to facilitate the programme. 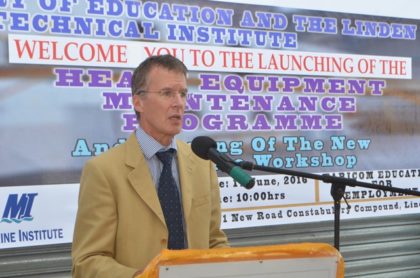 “We at LTI do not underestimate the impact of this collaboration; MACORP, the Marine Institute and the College of the North Atlantic of Canada.  I would like to record our appreciation for the money and time expended and the interest they have shown in this project,” LTI Board Chairman, Gumbs said. 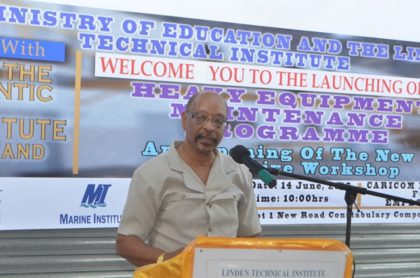 Started in 2012, with a project completion date of three years, the automotive workshop remodeling has had a time overlap.

Meanwhile, Olato Sam, in his feature address, called for all the stakeholders to reflect on the  journey that would have brought them to this point and asked that they be highly enthused about the tremendous prospect that lies  ahead. “We the duty bearers must ensure that the promise that exists is fulfilled and we leave a rich foundation upon which future generations can erect a superstructure,” he said. 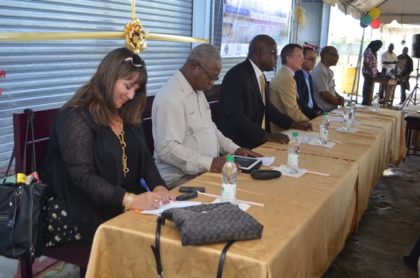 The Ministry of Education expects that the intervention will result in LTI being a centre of heavy duty machinery maintenance. 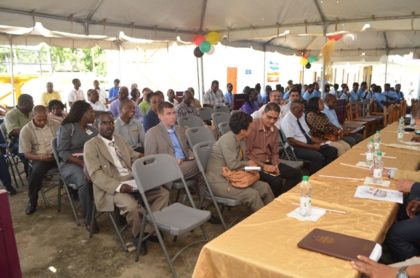 Officials of the Technical Vocational Education and Training Department of the Ministry of Education, Linden Technical Institute and its partners, at the official launch of LTI’s heavy duty programme and automotive workshop