―“My main idea is to prevent wastage and to support farmers as much as possible” – Andrew Campbell, owner of Ebesowana Natural Foods

Andrew Campbell is the owner of Ebesowana Natural Foods who launched his line of dried watermelon and pineapple at this year’s UncappeD expo.

Campbell is a farmer from Mabaruma (Region 1) who took the initiative to add value to his farm produce, and in part, to raise awareness of food wastage. “My main idea is to prevent wastage and to support farmers as much as possible because being a farmer I know that there are many challenges. With dried fruit, we get better prices, and it helps to preserve our products.” 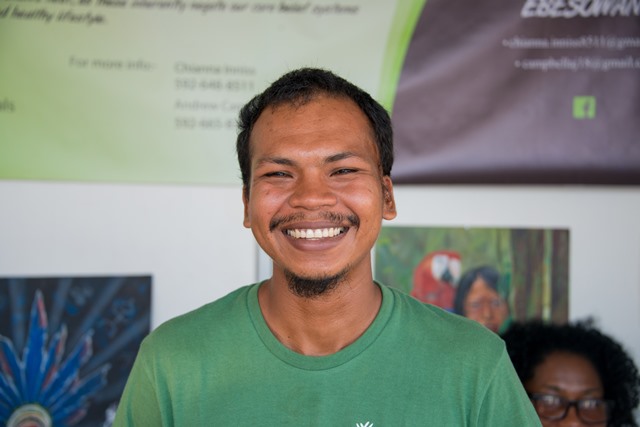 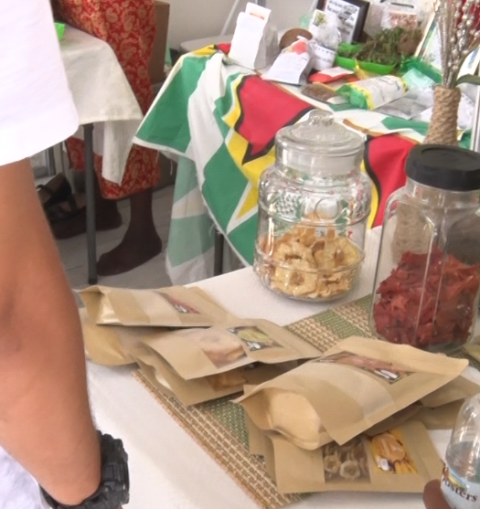 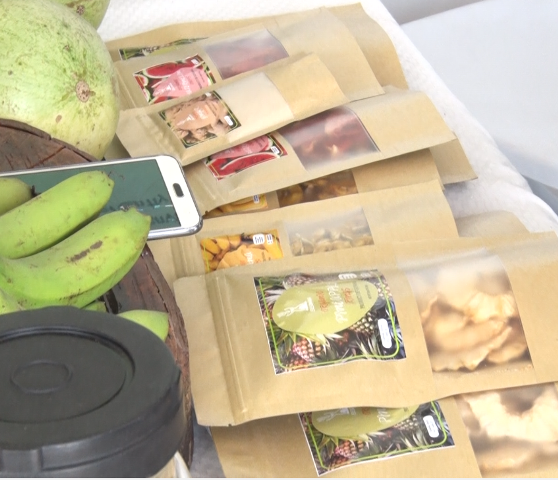 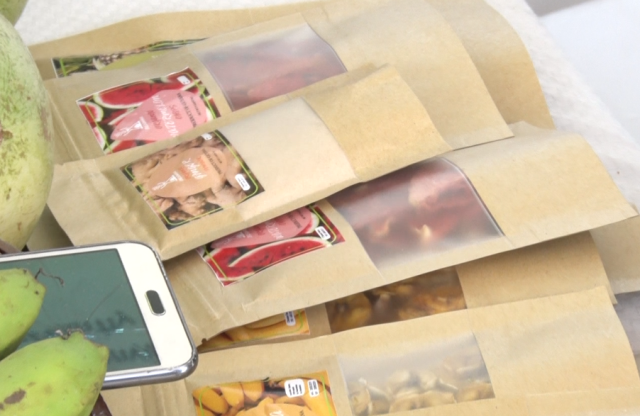 The name of his business, Ebesowana, is derived from the Arawak word which means to change and transform. He noted that the name best reflects his business objective since he aims to inspire change in the way Guyanese utilise food. According to Campbell’s mission statement, “We solely believe in not using products which damage the environment or undergo chemical processing and extensive heat, as these negate our core belief system of providing a nutritious and healthy lifestyle.”

After resigning from teaching, he actively volunteered in the hinterland regions. After returning from a field expedition in Rewa Village, Rupununi in 2018, he applied for Food and Agriculture Organisation (FAO) grant and was awarded close to $420,000 (US$2,000), after they were impressed with his proposal. The aspiring businessman used the money to buy dehydrators, grinding machine and packages to embark on his new business venture.

Campbell began producing dried/powdered ginger which is of a superior quality since it utilises only organically grown ginger. He said this is notable since many suppliers import their ginger powder and repackage it. He also furnishes the local market with raw ginger

While the raw and powdered ginger are his main products on the market, Campbell wanted to explore fruits that have much more sugar content. The young entrepreneur began producing fruits such as guava, pineapple, cherries, watermelon, mangoes, avocado, papaya, banana, sapodilla.

Campbell has managed to secure a high demand for his dried pineapples and watermelons. He also shared some tips on how he preserves and packages his highly treasured dried watermelon.

The young entrepreneur launched his products at various cafés such as Java, Beacon and Backyard’s café. His dried watermelon is the only one of its kind in Guyana partly because it takes up to 24hrs to dry and it is the only fruit that cannot be sun-dried or solar-dried. Therefore, it must be dried in an electronic dehydrator. Because of its high-water content (81 per cent), when dried in the sun, it ferments and spoils. Thus, an electronic dehydrator is ideal for drying watermelon. Watermelon when sliced at 1/2 inch it takes 18-24 hours to a leathery and pliable state with no pockets of moisture. It is taffy-like when fully dried. The melons must be washed, and outer skin removed. The seeds are highly nutritious thus, its best to dry the melons with the seeds inside. Watermelon should not be pre-treated since none is recommended based on trials he has conducted. They must be dried at 160°F (70°C) for 2-3 hours, and at 140°F (60°C) until dry. One can eat as a candylike snack. The strong distinctive flavour will prohibit mixing with other fruits. Campbell stressed that the sweet flavour in his products are organic. Other than dried watermelons, Ebesowana also supplies dried pineapples and bananas. All products are strictly organic and are supplied from his farm in Mabaruma.

Campbell said UncappeD has helped him tremendously to sell his products. His dried watermelon has been in high demand since his exposure. Ebesowana Natural Foods can be contacted via their email address campbellaj18@gmail.com and mobile number 665 8306.