Defective timber piles, badly damaged beams and steel plates among other major repairs will be undertaken on the Supenaam Stelling in light of the extensive damage resulting from the collision of the ferry, the MV Sabanto. 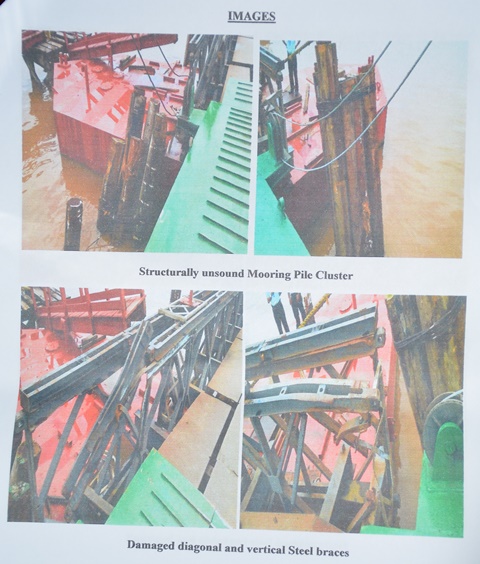 Merchant further explained that there are 10 defective timber piles of the existing defective clusters that are to be cut off at the lowest tide. Ten (10) timber piles which make up the new clusters are then to be re-driven and strapped.

Damaged steel plates from the collision will be removed and replaced and structural framing of the pontoon will be reinforced. Major repairs and modification works will be undertaken in vital areas of the primary and secondary link span support that are damaged, Merchant highlighted. 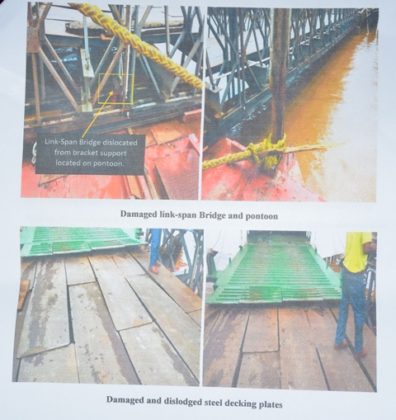 In July 2016, the M.V Sabanto vessel collided into the Supenaam Stelling whilst trying to moor. When the team visited the location to assess the damage to the facility, it was discovered that the vessel M.V Sabanto did not sustain major structural damage in the collision.

The vessel collided with the cluster piles which cushioned the impact, but unfortunately all the momentum was transferred to the pontoon and link span bridge causing severe damage, Merchant explained.

The steel plate decking, structural framing and support mechanism for the pontoon were damaged. Apart from these severe structural damage, both the link span bridge and pontoon are to be realigned into position, Merchant said.