-All Stars Concert for Mabaruma, Steel band concert for Reg. 5

The Central Mashramani Committee is kick starting Mashramani 2019 this weekend with a massive All Stars Concert set for Mabaruma, Region 0ne. 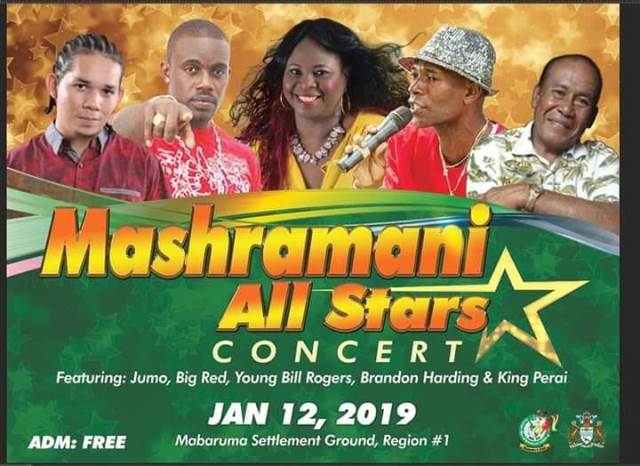 After a number of pop up concerts throughout the country, this weekend marks the official start of a packed calendar of events crafted in celebration of Guyana’s 49th Republic Anniversary.

Simultaneously, a grand steel band concert is slated to be held at Park Square, Mahaicony in Region Five. This concert will feature some of the best steel-bands in the country, including a crowd favourite from last year’s finals – the Mahaicony Secondary School Steel band.

As reflected in the Calendar of Events, Mashramani 2019 will be taken to each of the 10 Administrative Regions.

This is to ensure that the spirit of Social Cohesion is kept alive in ensuring equality and inclusion of all Guyana’s peoples.