─ Investigation launched to determine why procedures were not followed

The Mayor and City Council (M&CC) has announced its readiness to alleviate the current flooding conditions in the capital city – Georgetown.

City Engineer (ag), Kenson Boston briefed the media earlier on Wednesday. Based on reports received by the municipality, the pumps were poorly attended. The pumps were supposed to be in operation during the continuous rainfalls experienced last evening into Wednesday morning.

“We have experienced exceptional rainfall which has caused a backup of water within the city. During the period of the high tide, the pumps should have been open for the lengthy period until it is time for the doors to open at the low tide.” 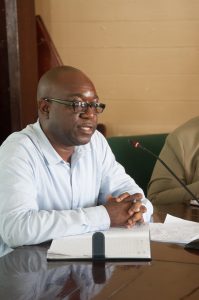 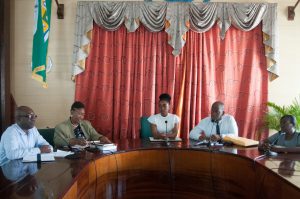 According to the Acting City Engineer, the M&CC has launched an investigation into the situation, stating that systems were put in place for such events; however, the operational procedure was not followed.  He said the city works committee has arranged for the standard operating procedure to be revised so that they will not be a reoccurrence of the situation.

“We are working to improve the system that we have, and from the investigation, we hope to find the weak points that we will try to strengthen to mitigate or prevent this problem from reoccurring once we have these type of weather patterns,” Boston emphasised.

Acting Town Clerk, Sherry Gerrick noted that a report from the investigation is expected. Disciplinary actions will be taken on employees who are found culpable in the dereliction of his or her duty while assuring that no complaints of damage have been received.

Meanwhile, the Civil Defense Commission (CDC) has informed that there was no major flooding across the coast. Also, a follow up with various Regional Executive Officers (REO) in the coastal regions reiterated same.