During its Quarterly Meeting being held from 6-8 November 2019, at Sawariwau, South Rupununi, the Toshaos and Councillors of the South Rupununi District Council (SRDC), facilitated engagement with the Ministry of Natural Resources on mining in South Rupununi. 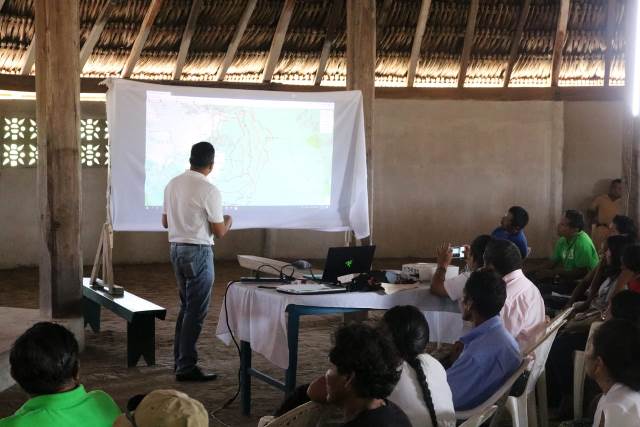 A representative of the ministerial team making the PowerPoint presentation 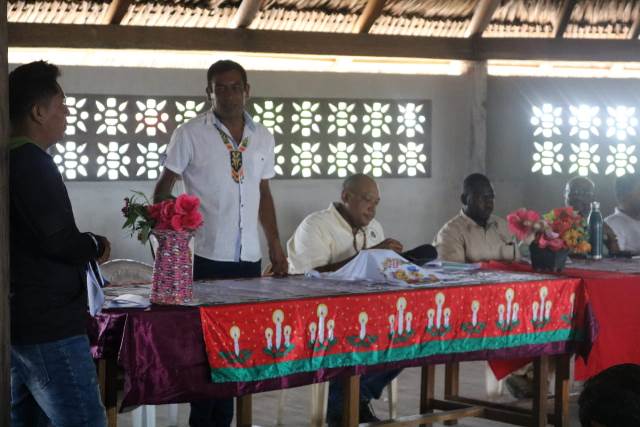 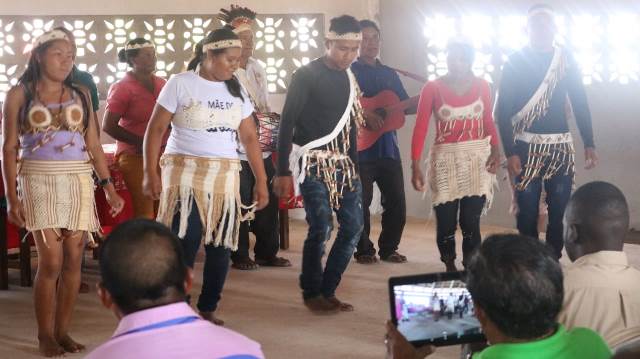 A traditional dance being performed 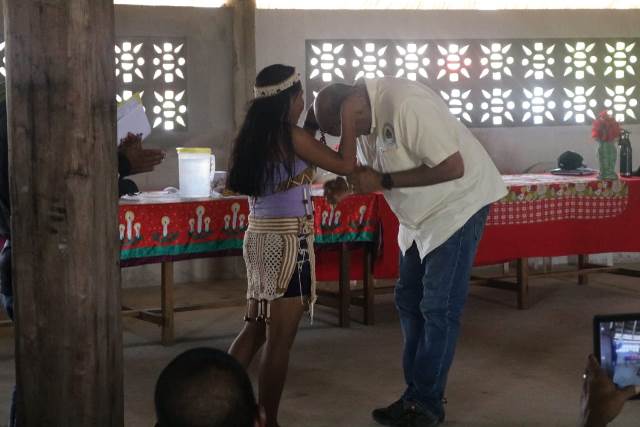 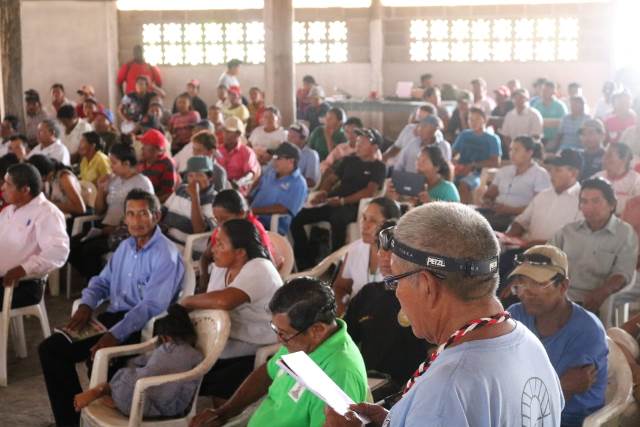 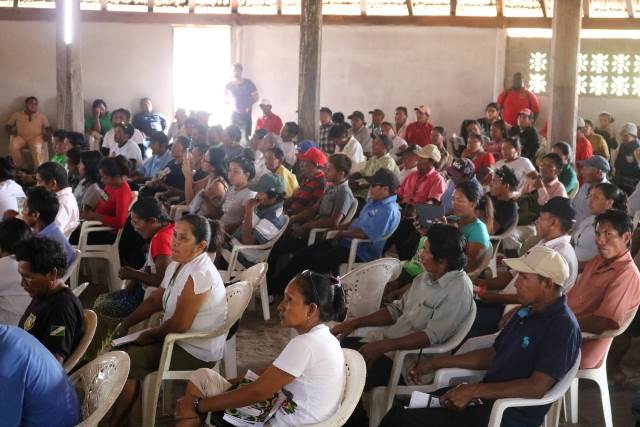 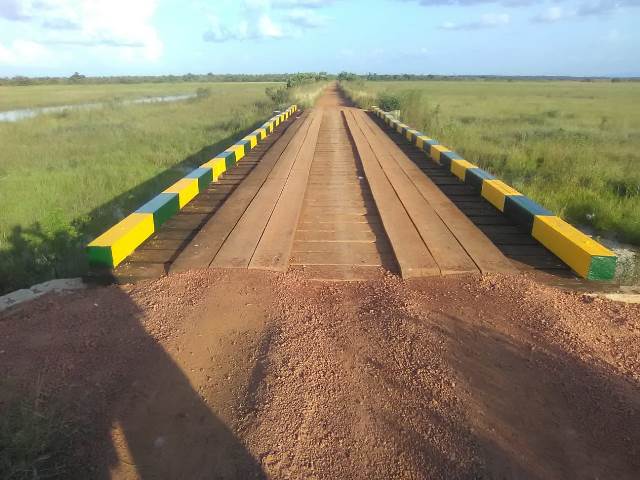 Bridge at Yupakari that was destroyed by arson has been rebuilt 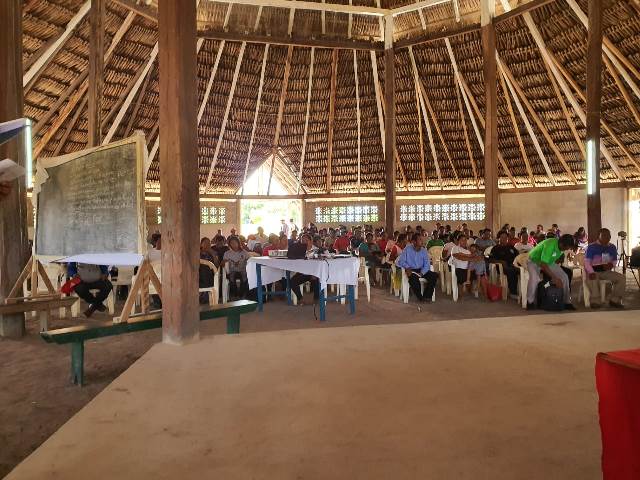 The team made a presentation on river mining in South Rupunini and engaged in discussions about general mining and the presence of a dragga in the area.

Following the hours-long session, it was agreed that the Ministry and SRDC will meet again, before the end of November, to finalise the terms of a Memorandum of Understanding that will engender a closer and synergistic relationship between the SRDC, MNR, GGMC and GFC.

A PowerPoint presentation was also made and copies of a 2009 Order, Bo. 15 of 2009, made under the Mining Act, Chapter 65:01 distributed. The order created a reserve and prohibits mining in the Rupununi, Rewa, Kwitaro and Upper Essequibo Rivers, riverbeds and their navigable tributaries.

Councillors of the SRDC were unanimous in their resolve that there should be no mining in the waters of the South Rupununi and called on the government to provide the necessary protection and enforcement to ensure compliance with the Order and their wishes to have their lifestyles and biodiversity preserved.

At the start of the engagement Minister Trotman was formally welcomed by Toshao Pius Thomas and there was a cultural presentation in the form of dance.