National recount must not be trampled on – GTUC General Secretary

—says future of Guyana, every citizen must be paramount.

The Guyana Trades Union Congress (GTUC) is lending its voice to the ongoing national recount of the votes of the March 2, 2020, General and Regional Election, stating that the process must not be trampled upon by any local or international force.

Veteran Trade Unionist and General Secretary of the GTUC, Lincoln Lewis today said the recount process undertaken by the Guyana Elections Commission (GECOM) is being done in the interest of all of Guyana and should not be treated lightly. 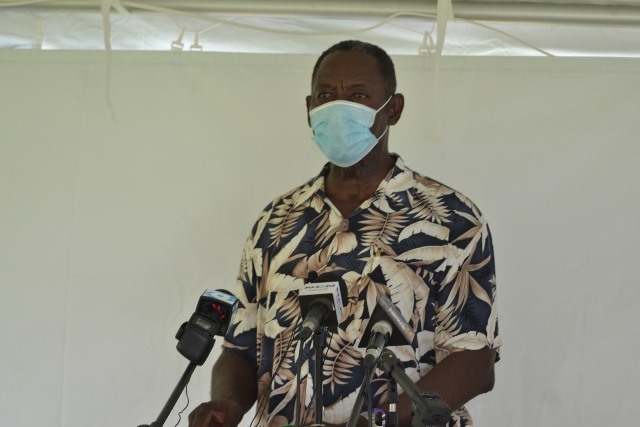 “We must be guided not by emotions and self-interest but by the Rule of Law and national interest. This recount is governed by gazetted Order of 4th May. GECOM must be allowed to function within the scope of the laws that govern its operation. No more, no less!”

Lewis met with journalists this afternoon to speak especially on behalf of Guyana’s working class, who he said is caught between the rising tension of the electoral process. He noted the GTUC is “deep concern” about the peace, security and stability of the nation and the future of every worker in the country.

“Therefore, this electoral issue, which is likely to impact the lives of all workers, our youth, our pensioners, remains at the core of the concern of the Labour Movement that fought to secure local governance and the right of every worker/individual to participate and have their vote counted. One man, one vote.”

And by “one man,” Lewis posited means “one eligible man,” “not a missing man or woman [that is one who never existed, deceased or is absent from jurisdiction]. One valid vote correctly stamped and identified against a valid identification number or affidavit.”

What the 2020 election means for Guyana, he noted, is which group will have control to manage the oil and gas revenues, the most significant economic platform of these times.

Labour he emphasised is concerned about the equitable distribution of these resources to the benefit of the working class of Guyana, and as such, the true will of the people must be represented.

“We want not just figures. We want to know how the figures were arrived at, what influenced the numbers. Regardless of what method was used, one way or the other, it speaks to the credibility of the process and a true reflection of the people’s will,”
he told the media outside the Arthur Chung Conference Centre (ACCC).

The trade unionist said unless the credibility of every ballot cast is not determined then the issue of credibility remains unresolved.

“We want to know every elector identified and unidentified, every legally required documentation present or missing in the ballot box confirming/not confirming the ballot process. These are basic conditionalities to determine accuracy, credibility and that the will of the people expressed at any stage of the electoral process can be credibly declared.”

Meanwhile, Lewis noted that any matter affecting the living conditions of any worker must be of concern.

“I say today that labour must remain united in principle around the well-being of every worker in this country. So, I am here to express that concern to all who hear me- the future of Guyana, of every citizen, must be paramount.”