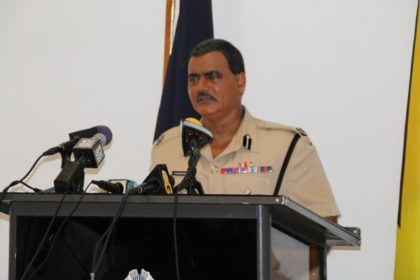 “It is clear that Safeway could not have come at a more opportune moment. With revision of strategies, availability and increased use of human and other resources and sustained oversight from police…much more is achievable,” Ramnarine said.

Since the launch of Operation Safeway some two weeks ago, a total of 2,977 cases were made against drivers for speeding and driving under the influence among other traffic offences.

Additionally, there has been a marked reduction in fatal accidents across the country. Before the launch of Operation Safeway, fatal accident was up by 33 per cent. Today, it is now at 18 percent. “From the evidence so far, Safeway hasn’t failed, isn’t failing and will not fail,” the acting Commissioner said.

Operation Safeway was launched September 15 to stem the rising road fatality rate. Since Operation Safeway, 1,026 random breathalyser tests were done throughout the country of which 184 drivers were found above the prescribed limit while 103 were fined and 81 cases are pending. There were 1,114 tests done at night with 173 drivers found about the limit.

As for driving under the influence, from January to September 1,351 drivers were charged of which 756 were fined and two drivers were suspended for one year.

Ramnarine said, “Prevention and enforcement have to be continuously juxtaposed and buttressed by education,” if the traffic situation is to be properly addressed.  Police enforcement includes random breathalyser testing and speed testing with radar guns.