Over $1B awarded for major housing projects

The Ministry of Housing and Water today signed 40 contracts valued $1.1 billion to ensure adequate infrastructure is in place for more sustainable housing solutions.

These projects are under the 2020 Capital Works Programme.

“When we provide and make available house lots, we want to ensure that the infrastructure is in place so that you can speak directly about home ownership,” Minister Hon. Collin Croal said. 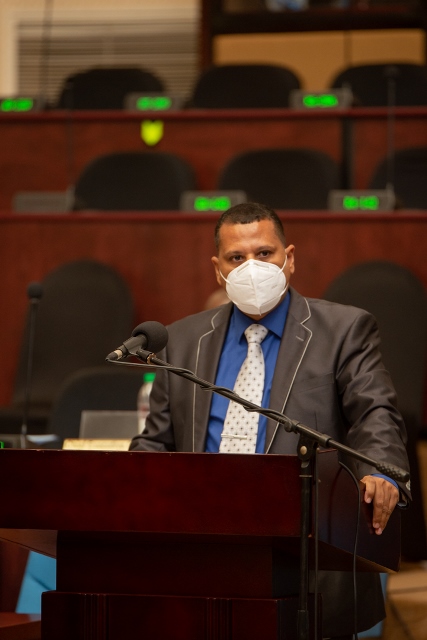 Minister of Housing and Water, Hon. Collin Croal delivers his remarks at the signing ceremony. 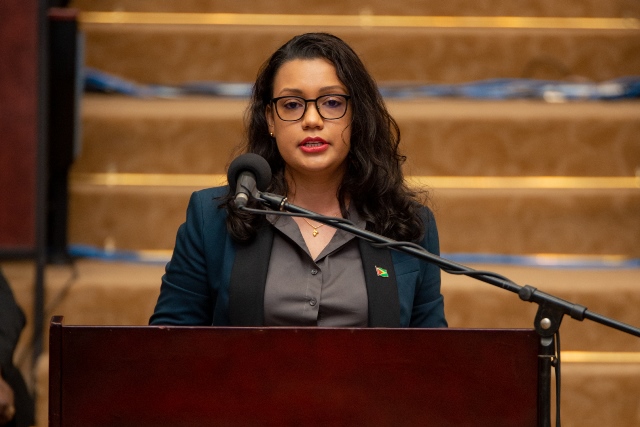 Minister within the Ministry of Housing and Water, Susan Rodrigues 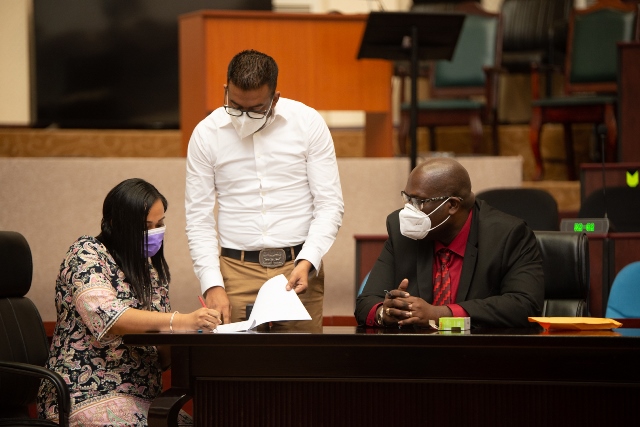 The Minister made the statements during the signing ceremony held at the Arthur Chung Conference Centre. Twenty-two contractors were given the contracts, for housing projects in Regions Three, Four, Five and Six.

To complement these works, Minister Croal said residents could also look forward to seeing improved electrical, water and waste management services to ensure that housing areas are equipped with all of the necessary utilities for an enhanced quality of life.

He also indicated that works will continue in some areas where house lots were awarded, but have no infrastructure in place to help the allottees to access their lands.

The Minster also cautioned the contractors that under his leadership slothful and sloppy work will not be tolerated.

“Timely execution of works must be the forefront of the project execution unit. Contractors are required to give value for money, we will not be accepting substandard work. We hold you, contactors accountable and when [you] do not delivered the necessary procedures will be followed.”

The Central Housing and Planning Authority, which falls under the purview of the Ministry of Housing and Water is also mandated to focus on monitoring and evaluating the projects awarded.

Meanwhile, Minister within the Ministry of Housing and Water, Hon. Susan Rodrigues noted that the projects would also drive job creation.

“Support and engage our local manufacturers of construction and building materials as much as possible, this will stimulate growth in our economy. It is the same with the people that you employ to execute this works. The employment opportunities that you will create with the works awarded today ties in with the bigger picture of job creation and stimulating economic growth,” she said.

The contracts will lead to the realisation of the PPP/C’s Manifesto promises to provide sustainable housing and jobs for the nation. With the removal of VAT on construction material, the housing sector is on track for major expansion and transformation as the Government works towards its goal of delivering 50,000 house lots.