Paruima to get new primary school

Over two hundred (200) students of Paruima, Region Seven will benefit from the construction of a new primary school, this year. This is a reflection of the government’s effort to ensure that every child has access to education. 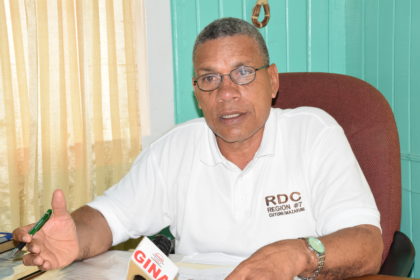 This was disclosed by Regional Chairman, Gordon Bradford during an interview with the Government Information Agency (GINA). Bradford said that the school’s construction is one of the main capital works’ projects scheduled by the Region Seven, Regional Democratic Council (RDC) for 2017. The sum of $31M was allotted for the school which is expected to be completed by October 2017.

Bradford said that the early reading and passage of the 2017 National Budget allow for the school to be constructed without hindrance. He added that it is one of the projects that will be prioritised, and soon, tenders will be out for interested contractors.

“I am thankful that the budget has been read quite early because in the past, budget came so late and by the time you get your allocation you are into the rainy season and that curtails your effort in terms of executing your programme,” the Chairman stated. This is an issue, Bradford said, that was brought up at the Public Accounts Committee level.