Police reforms to be visible by next year

-units to deal with forensic type interviews, domestic violence among others

-Training institutions across the country will see much needed reform

Commissioner of Police, Leslie James says reform of the Guyana Police Force will be visible by March of next year.

Addressing media operatives at his first press conference since taking the reins of the crime-fighting agency, the Commissioner said, “As you would have recognised, we are deliberately rolling out a plan which flowed from recommendations and by March 2019 there will be a much-reformed Guyana Police Force (GPF). Three broad categories are being dealt with and these are Human Resource Management, Training and Infrastructure.” 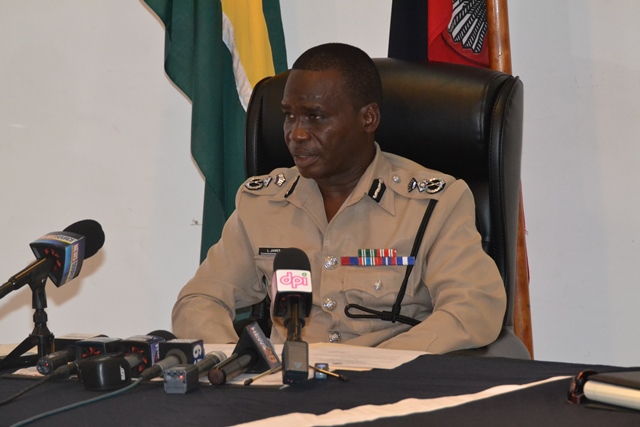 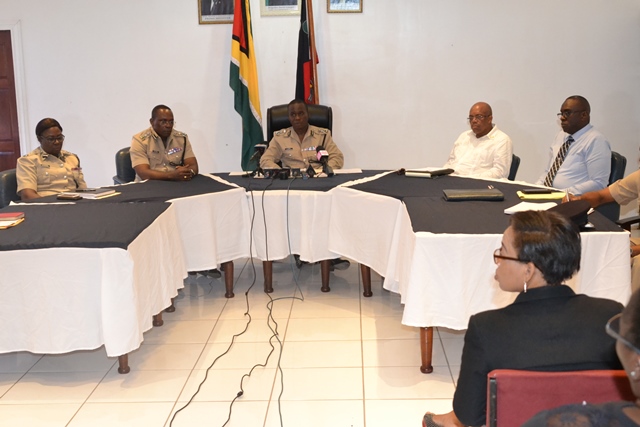 Commissioner of Police Leslie James flanked by his deputies.

In addition, the Commissioner said with the upgrade of police stations citizens can expect a higher quality of service by ranks of the Force. Under the Citizen Security Strengthening Programme (CSSP) a number of police stations are to be upgraded to reflect modern crime-fighting methods.

“I must report that those stations are outfitted with modern type units, for example, the one-way mirror, units dealing with forensic type interviews, domestic violence among some others. That is all towards ensuring better interaction between members of the communities and the policemen and women who would be deployed at the various stations. They will be in a much comfortable environment and it will bolster our efforts to give better service to the citizenry,” Commissioner James added.

One such police station was recently commissioned and is being used as the Head Quarters of “E” Division, Region 10, at Mackenzie Linden while another is expected to be commissioned shortly, in Aurora Region Two, Pomeroon-Supenaam.

According to Commissioner James, the new GPF’s hierarchy is also making moves to strengthen the Force’s training capacity and has revived several boards it deems important to its growth.

“In terms of our further development, our training institutions across the country Georgetown, Berbice and Essequibo, they will also see much-needed reform. We have also looked at our Training Board and at our Traffic Advisory Board among some others. We have sought to re-establish those boards because it was determined that they are very important once this Force is to remain relevant. Even in our PR department, you will see shortly, a boost in terms of what was recommended to us,” the head sleuth said.

Since taking office, the new commissioner has met with several stakeholders inclusive of the Georgetown Chamber of Commerce and Industry (GCCI) the Private Sector Commission (PSC) and the suicide hotline among others.

“I must also report that in terms of our marine capability, that too will see some level of development. As recent as of yesterday we have had a meeting with persons who wished to engage with us and there was a presentation in terms of boosting our marine capability. That meeting was held at the Ministry of Public Security (MoPS), the Minister was there along with some key personnel in the Force,” he said.