Minister of Legal Affairs and Attorney General, Basil Williams is confident that the election challenge filed by opposition, People’s Progressive Party/Civic member, Zulficar Mustapha cannot stand the test of jurisdiction, and ought to be disposed of by the court.

“We have said from the beginning that we are very confident and that’s why we made a submission to the learned Chief Justice that this matter of the issue of jurisdiction ought to be dealt with in limine (preliminary) and that is the issue that ought to be determined by the court,” the Legal Affairs Minister said. 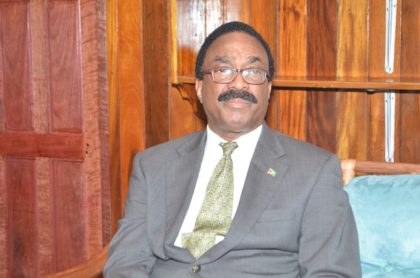 “Mr. (Anil) Nandlall is overstepping the requirements of submission in limine, that is, preliminary submissions, and he is thinking that he could do what he used to do before Justice Ian Chang when he made no case submissions and then tried to widen it to get Justice Chang to hear the entire case. I have already objected to that procedure because if you are making a preliminary point that the court has no jurisdiction to embark upon a trial, then that point must be determined ab initio (from the beginning) we are very clear on that.”

According to the Attorney General, among the issues at hand is whether or not the local government election regulations allow for a complaint from someone, not resident in the particular local government district.

“The rule is very clear. Only a candidate or a person who is registered in a local authority area could bring an action to challenge the results of local government elections. Zulficar Mustapha is in fact the applicant in all six local authorities areas from Berbice to Mabaruma and obviously that is erroneous, that cannot happen. We are very confident that Zulficar Mustapha could not be the applicant in six separate local government elections,” Williams explained.

Following the local government elections, PPP/C Commissioners said that voters from six Local Authority Areas are likely to return to the polls following equality of votes for the election of Chairman. However, there have been reports that Mayors, Deputy Mayors, Chairpersons and Vice Chairpersons have been appointed in the six tied Local Authority Areas by Minister of Communities, Ronald Bulkan.

The Opposition party through former Attorney General, Anil Nandlall secured a High Court ruling which quashed Minister Bulkan’s appointments and ordered Rule Nisi of Prohibition, restraining persons from acting as or performing the functions of Chairpersons or Deputy Chair Persons in respect of the Neighbourhood Democratic Councils (NDCs).

Responding to claims made by the PPPC as it protested the delay in the hearing of the elections matter in the High Court, Minister Williams said, “the law is very clear… at the national level any challenges to the local government elections must be by way of elections petition and therefore Mr. Nandlall having come by way of a prerogative writ, the court has no jurisdiction to proceed in this matter, and therefore it is erroneous to publish in the newspapers that we are trying to dilute these proceedings.”

Local Government elections were successfully completed in Guyana, after a 22-year delay, on March 18, 2016. According to preliminary results, the APNU+AFC coalition candidate won in Georgetown. The coalition also managed to secure most of the seats in the Municipalities of Lethem, Bartica, Linden and New Amsterdam.

The main Opposition PPP/C is tied with the coalition for the township of Mabaruma, but is reported to have won the townships of Rose Hall, Corriverton and Anna Regina.