—Bess appointed acting Chief of Staff of the GDF

Brigadier Godfrey Bess today received his instruments of commission from the Commander in Chief, His Excellency President David Granger during a simple ceremony at Baridi Benab State House. 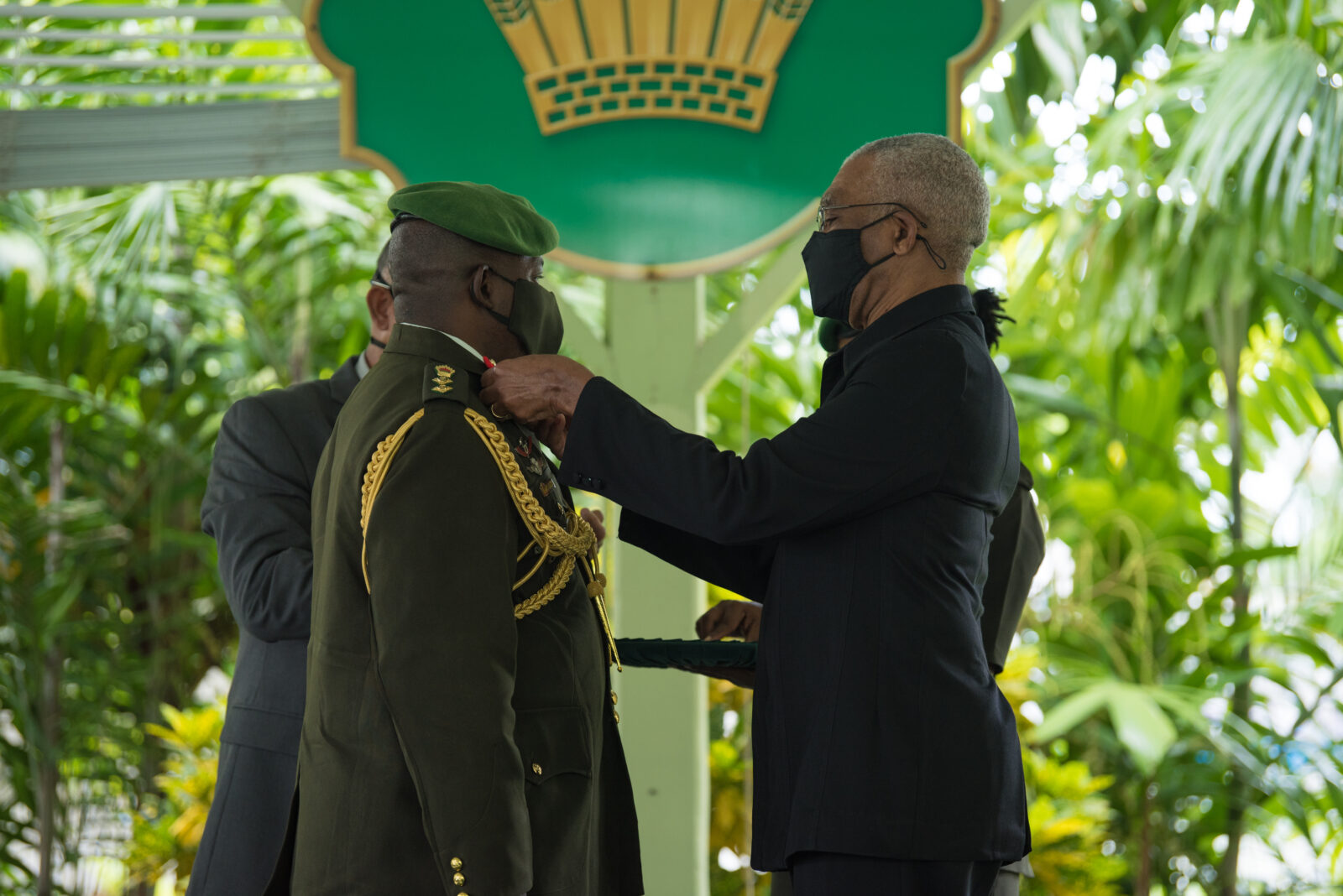 The appointment was made in keeping with the Head of State’s powers, as the Minister of Defense, vested within the Defence Act. 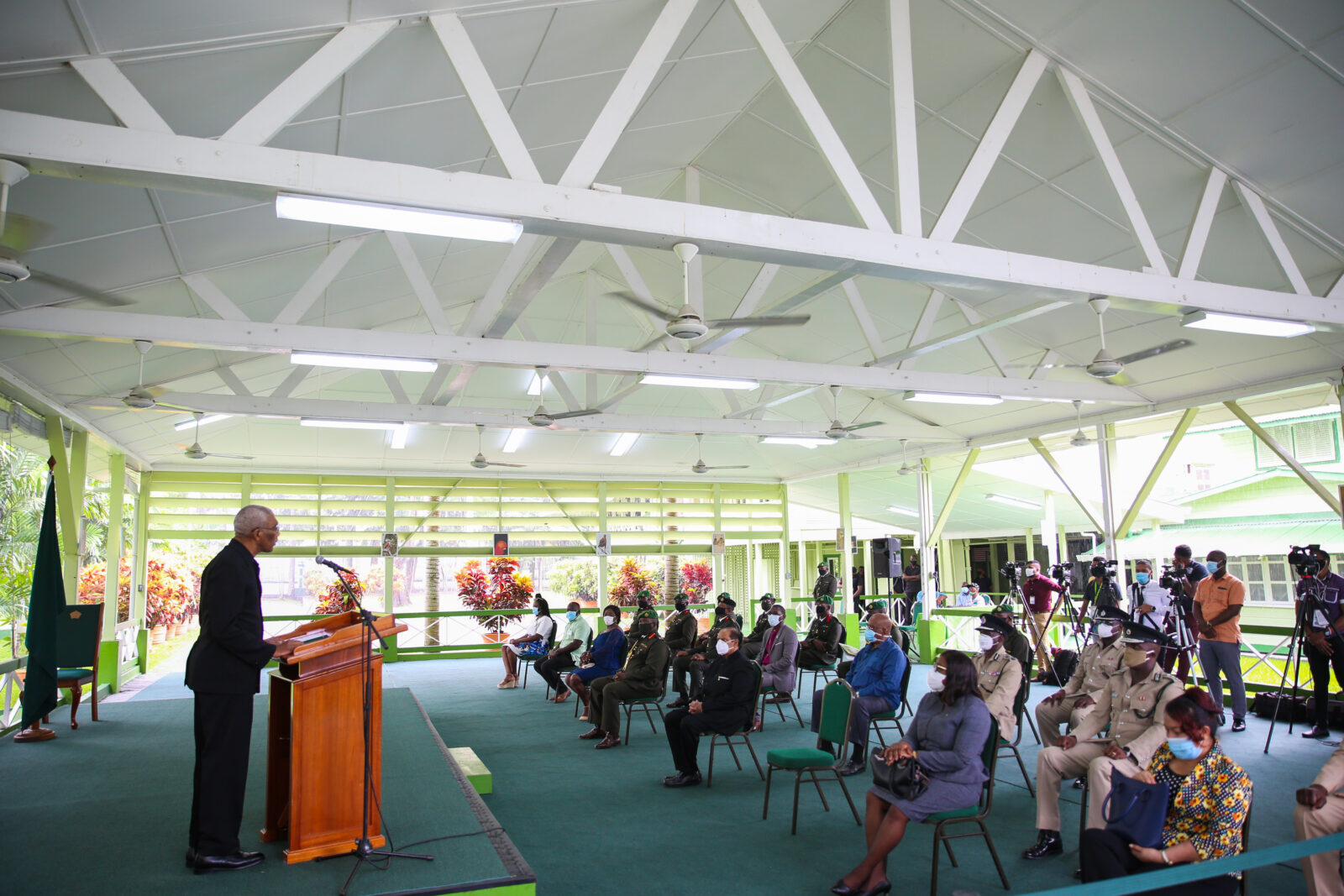 “Today’s ceremony has a two-fold purpose. First, it is to present the Instrument appointing a senior officer to perform the functions of the office of Chief of Staff and, second, to promote Colonel Godfrey Bess to the rank of Brigadier to perform those functions,” President Granger stated.

In his remarks, he noted that the Chief-of-Staff must communicate, coordinate and collaborate with his subordinates whilst leading and managing efficiently,

“Leadership, unlike command, cannot be mandated by law. It is an essential element in military command and involves motivating the force’s manpower to achieve success in its operations and missions.

The Chief of Staff, in this regard, is expected to possess the qualities of success, intelligence and prudence, and to set the values and standards expected of the force and its members.”

A former Chief of Staff himself, the President reminded that Brigadier Bess will be now be tasked with leading the force forward as it protects the nation’s patrimony, territory whilst promoting national defence and security.

According to the Head of State, it is anticipated that the GDF’s top officer will continue the progress initiated by the Guyana Defence Board and the Coalition Government, “in reorganising and re-equipping the Force, improving its responsiveness throughout all ten administrative regions, and intensifying defence cooperation and defence diplomacy with friendly countries.”

Management of the Defence Force, this year, President Granger noted will be challenging.

“The Chief of Staff is assuming command of the Force as Guyana embarks on a Decade of Development which will include investments aimed at the continuous retooling and strengthening of the Defence Force. Emphasis will be placed on strengthening the technical corps – Air, Engineer, Intelligence, Signals and Coast Guard – and on expanding the Militia and intensifying field training in long-range jungle operations.”

The new acting Chief-of-Staff Brigadier Bess began his military career in 1990 serving in Command, Administrative, Staff and Training appointments. He has been serving as Quarter Master General since January 1, 2018. 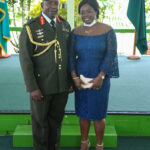 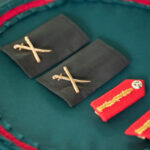 Insignia Rank of Brigadier of the Guyana Defence Force

Colonel Bess is the holder of a Bachelor of Social Science Degree in Business Management and Level Two Association of Chartered Certified Accountants.

“He assumed the leadership of the Force during a period of transformation. The Force, during his tenure, has been reorganised and reequipped to become a more professional organisation. The Defence Board wishes Brigadier West a happy retirement.”

Brigadier Patrick West will proceed on accumulated leave with effect from Wednesday, July 1. Brigadier West’s leave concludes in March 2021, at which point Bess would be appointed substantively as Chief-of-Staff.