President Granger has the plan to transform Guyana – AG Williams

In four short years, Guyana has seen massive transformation under the leadership of His Excellency President David Granger, who has a solid vision to develop the country.

This view was espoused by Attorney General and Minister of Legal Affairs Basil Williams SC as he spoke to residents of Golden Grove this evening. 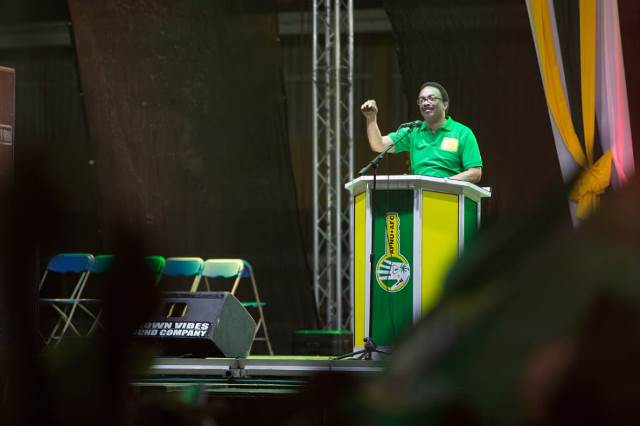 The AG recapped some of the more notable developments under the Coalition government.

To ensure persons living in the hinterland areas have access to public services, several new towns were established.

Millions of dollars were invested in these townships. Now, each has its own radio station, better roads, better access to telecommunications, better healthcare facilities, better security, access to government services and most of all, better education to foster the younger generation.

“Today the towns have taken on a life of their own and are brimming with development, transforming the lives of the thousands of people who call them home,” AG Williams said.

He reminded that being cognizant of the importance of equal access to education, the Head of State implemented the 5Bs initiative, which saw children across the country attending school regularly and punctually, having benefitted from buses, boats, bicycles, books and breakfast free of cost.

AG Williams confidently stated that President Granger is the leader Guyana needs to take it forward and continue the transformation.