–Mobile pumps deployed to flooded areas along the Coast

With Guyana transitioning into the secondary or short rainy season which typically lasts from mid- November to January, the National Drainage and Irrigation Authority (NDIA) is in the process of intensifying its drainage capabilities in low-lying and other flood-prone areas.

On Monday last, several areas along the Coast experienced instances of flooding due to heavy rainfall. This resulted in an accumulation of about four inches of water in many areas. The NDIA has since put systems in place and flood waters have receded significantly in most of the affected communities. 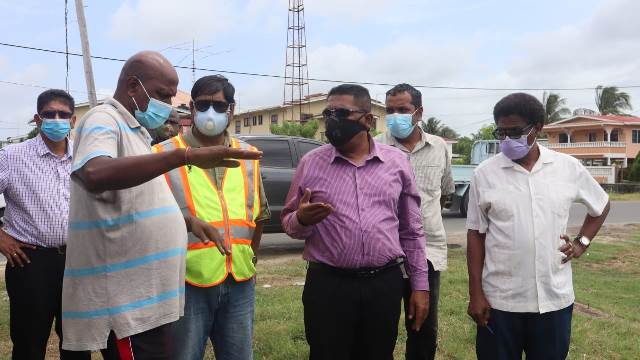 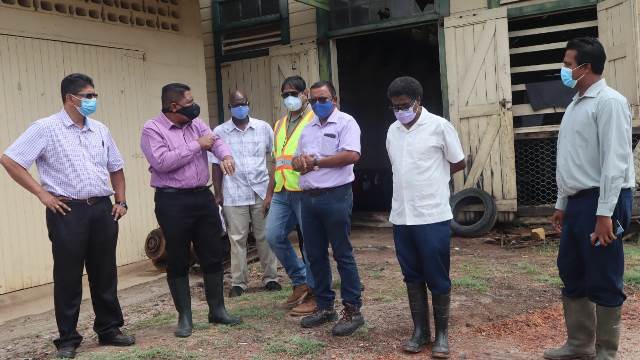 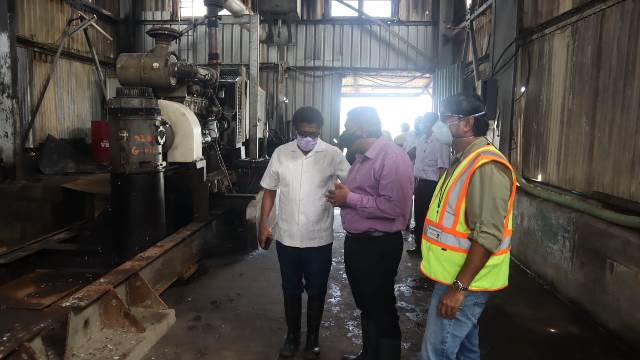 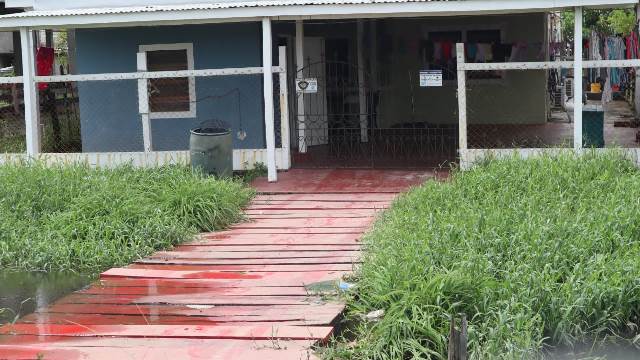 “Over the past 24 hours or so, we’ve experienced almost four inches of rainfall that resulted in some areas being flooded. Because of the high intensity of rainfall, our drainage systems were unable to drain that amount of water immediately. As a result of that, we’ve seen water accumulating in Success, La Bonne Intention, Triumph, Mon Repos and other low-lying areas. Also, some of the pumps at Triumph were not functional. NDIA was able to deploy additional mobile pumps to assist with draining the lands. There are three pumps at Montrose currently, two fixed and one mobile, with a second mobile pump expected to be deployed to the area no later than Wednesday afternoon. We’ve also activated another mobile pump at Triumph. The pumps at Good Hope have been operating around the clock for the past 24 hours,” Minister Mustapha said.

The Minister further stated that, as a result of these interventions, flood waters have receded from the homes of those who were affected.

“I was able to visit several of the affected areas and most of the lands seem to be dry. However, I’ve noticed that there are still high levels of water in the drains and we are working to have those levels dropped so that we can prevent instances of flooding during the current rainy season. I’ve also instructed NDIA to do some emergency works to have the main drainage canals in the areas cleared. A machine will be sent some time during the week to clear these canals,” Minister Mustapha said.

Mr. Mahendra Nagan, a resident of Mon Repos, said his yard was flooded, but the water has since receded. He also asked for assistance with having the drains cleared.

Minister Mustapha also urged residents of these communities to desist from littering, as this contributes to instances of flooding.

“I am pleading with residents to desist from throwing garbage in these drainage canals. Last night at Good Hope, the engineers cleared a lot of garbage from the canal that was blocking the flow of water that contributed to flooding in the area. The residents have to help us in these efforts. We are putting the systems in place and we need the co-operation of the residents to ensure the systems function effectively. Residents have to ensure that they don’t dump garbage in the system, they don’t tamper with the structures or construct structures that will impede the flow of water,” Minister Mustapha said.

Residents in Rosignol, Region Five also suffered flooding due to the heavy rainfall. As a result, the NDIA carried out a number of emergency works to clear the outfall channel and the Bennet sluice, which resulted in flood waters receding in the Blairmont/Rose Hall area.