─ as Region one counts near completion

The recount of votes cast in the March 2 General and Regional Elections in Region Five is likely to commence on Thursday, May 14, the Guyana Elections Commission (GECOM) reported today.

The commission anticipates a prompt start with the Region Five’s ballots since the recount process in Region One is almost complete. 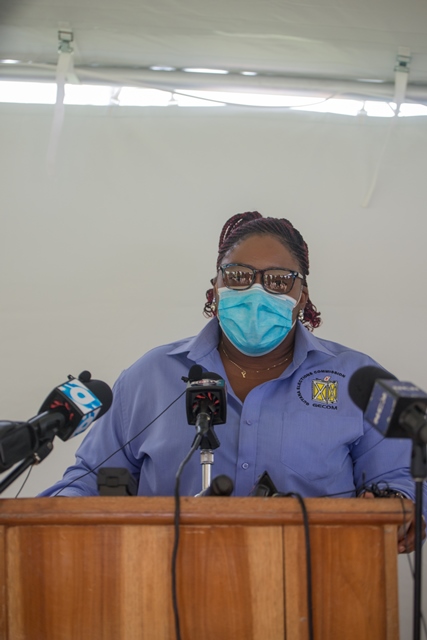 According to GECOM’s Public Relations Officer, Yolanda Ward, a total of 56 boxes were successfully processed at the culmination of today’s proceedings.

From that amount, 15 boxes were completed for Region One, 11 for Region Two; while both Regions Three and Four saw the completion of 15 boxes respectively.

Additionally, a total of 350 Statements of Recount (SORs) were recorded for the General Elections and a similar 350 for the Regional.

GECOM announced earlier that it hopes to increase the number of workstations at the Arthur Chung Conference Centre (ACCC) to accelerate the counting process to meet the 25-day deadline.

Following a request by the election body, the National COVID-19 Task Force (NCTF) is expected to visit the centre on Thursday, to inspect before making recommendations.

The NCTF is mandated to establish policies and guidelines geared at preventing the spread of the novel coronavirus pandemic.