Region one RDC/Municipality commended for collaborating on landfill issue

A situation which could threaten the living space of some residents of Cocorite Hall, Mabaruma Region one is quickly gaining the attention of both the Regional Democratic Council (RDC) and the Mayor and Town Council (M&TC), and for this Minister within the Ministry of Communities Valerie Adams Patterson-Yearwood has commended them for working together. 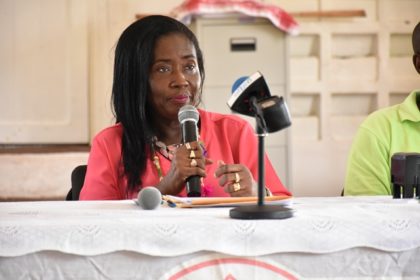 Minister within the Ministry of Communities Valerie Adams Patterson-Yearwood.

During a visit to the region on Monday for the distribution of land titles, it was brought to the attention of the minister that there were some clashes between residents and the Guyana Lands and Survey Commission (GL&SC) which was seeking to use a residential area for the construction of a landfill site.

This did not sit well with residents there, however, Region One Chairman Brentnol Ashley addressed the issue.

“The RDC last week would have has sent an objection notice to the land and survey commission that the families are not to be moved or relocated. Instead of that, the RDC will engage with the town council in the coming week and the lands and surveys will look to an alternative solution to the problem.”

According to the RDC Chairman, the consultants looking into the suitability of the area for a landfill site, have already checked on that. The Region has already recommended two other areas where persons are not residing as possible locations to house site instead.

“The RDC in the initial stages was consulted about the landfill site, but we had never endorsed or committed to there becoming the dumpsite. So, we are back to the negotiation table as long as it takes, but at the end of the day we have the families who have been living there for decades and who are being disrupted in such a way,” he said.

At this point, Minister Patterson-Yearwood commended the Regional Chairman and was even more pleased when the Mayor Henry Smith stood to also address the residents on the same issue.

“I want to say, I respect the regional chairman he is a responsible guy and I am responsible also and we will never ever want to go and build a dumpsite where people living. That would be irresponsible. Therefore, minister, I want to agree with the chairman that we have to get back at the table so that we can discuss the dumpsite” the Mayor stated.

Minister Patterson-Yearwood said she was pleased the way the situation was unfolding.

“I feel so good that the RDC and the municipality are having the same views on this issue. Then you are in a very strong place. This kind of cooperation we don’t see it all over.” 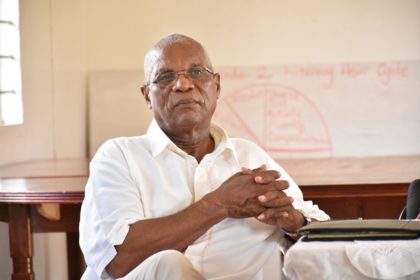 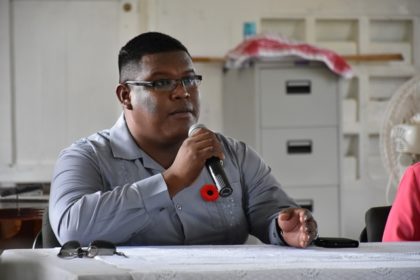