Beverage giant Banks DIH limited has reported a six percent revenue increase in the first quarter of 2018, reaching some $15.8Billion compared to $14.9Billion for the same period in 2017. 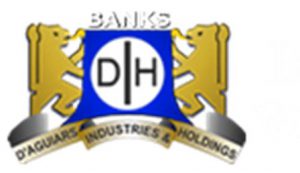 According to the company, that sum indicates a dividend for shareholders amounting to $238Million or $0.28 per share.  Banks DIH with its countrywide distribution network and a large array of products and financial services is considered a bell weather company so its robust sales indicate a stronger economy which is projected to grow by 3.4% in 2018.

In his report, Chairman Clifford Reis said the growth resulted from an increase in dollar sales, physical growth in case sales and increased manufacturing processes’ efficiencies.  These, he said, were all derived from capital investments in a new plant and machinery for the production departments.

The company’s financial holding Citizens Bank also reported an unaudited profit after tax of $277Million. According to the chairman, it is ready to respond to the opportunities within the petroleum and gas sector. and the need for local content input will present.

Plans for the second half 2018 include a solar energy programme at the OMG restaurant, and new packaging lines for its biscuit and ice cream products among other areas.