Road fatalities up in A Division

Another appeal is being made to motorists to drive carefully. The call is being made after figures show an increase in road fatalities in ‘A’ Division which spans from Dora, East Bank of Demerara to Conversation Tree, East Coast of Demerara.

Officer in Charge of the Traffic Department, ‘A’ Division, Superintendent, Ramesh Ashram, is calling on all road users to adhere to the traffic laws. Ashram says there is an increase in road fatalities moving from 26 to 36 over the corresponding period for 2015. 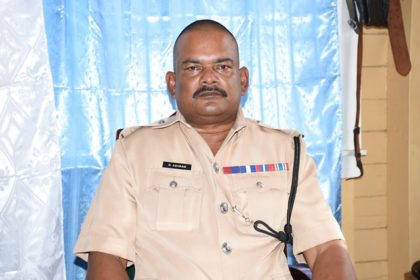 “We have to continue with the education and continue talking with persons, an ongoing programme, we cannot give up on that. I am appealing to the general public, be road safety conscience, listen to the advice and if there is anything that you want to clear up, come in and clear it up,” Asharm urged.

According to Ashram, most of the fatal accidents are due to persons driving under the influence of alcohol, speeding and disobeying traffic signs. He noted after careful analysis, the Police Force has place officers in what they call ‘black spots’ at peak hours and especially at the weekends.

He said, since the implementation of operation Safeway, which took effect on September 15, 2016, the program has seen success. “I can safely say that for the period (since) Safeway, that is from September 15 to date, we have only recorder three fatal accidents and when you look at the times these accident occur, it is bright day light, during the day,”  Ashram said.

Ashram noted that from September 15, 2016 to date, the Division would have made 781 speeding case, as it relates to driving under the influence they have tested 735 persons where a 158 persons were above the limit resulting in them being charged and placed before the courts. Forty-six persons have been charged for failing to adhere to the police sirens.

Ashram noted that the Guyana Police Force has been lobbying for quite some time for fines to be increased and for more serve verdicts  to be meted out to the perpetrators who break the traffic laws so that persons would be more careful and think twice before they break a traffic law.

Additionally, Supt. Ashram pointed out that his Division welcomes the Diamond Overpass. He noted that it will help ease the congestion in Diamond. According to Ashram, Diamond has in excess of 10,000 vehicles.

Road Safety Month will be observed from next Tuesday under the theme, ‘Life does not have a reset button, drive carefully’

Some the activities for the month include, a church service, lecturers at schools, traffic enforcement programmes , repainting signs , erecting signs, giving lectures to drivers , road safety rally and other activities.