The Ministry of Public Infrastructure will be updating the National Road Policy in a bid to address the issue of overloaded vehicles using the roadways and highways. 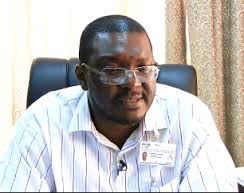 Permanent Secretary of the Ministry of Public Infrastructure, Geoffrey Vaughn told the Government Information Agency (GINA), in a recent interview that the Ministry has already completed an evaluation of the weight limit on the road from Grove to Timehri on the East Bank Demerara.

That report will be used as a pilot in the evaluation of weight limits for interior roads. Vaughn noted that emphasis will be placed on the materials that are transported in and out of the interior.

The Ministry will be investing $2.3B this year on interior and hinterland roads to improve access for miners and others who use the roads.

The existing bridges were constructed to withstand 50 tonnes; however, Vaughn explained that overloaded vehicles put a strain on interior bridges, and on the roads. 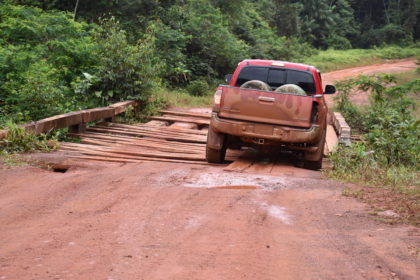 This vehicle crossing a bridge along the Puruni Road, Region Seven

Overweight vehicles remain a concern since existing infrastructure cannot withstand the weight.   Over the past weekend, the private operator of the Puruni Crossing explained to the Minister within the Ministry of Natural Resources, Simona Broomes that they had to restrict vehicles carrying more than 150 barrels from using the crossing after the pontoon broke down for more than a week due to the weight.

The update of the Road Policy will seek to increase the fines for the vehicles which exceed the weight limit.

In the meantime, the Ministry will be setting up weigh bridges along the Linden- Soesdyke Highway and Timehri to weigh vehicles which will be traversing the roads in and out of the interior, Vaughn said.

Additionally, works on the Linden to Lethem road will be done to facilitate heavier weights.