Rehabilitation of the Wakenaam Stelling included 30 piles,  replacing all the beams and deck planks and the fender system was constructed.  Passenger waiting areahas also beenupgraded , lavatory blocks and the clerks booking office were also rehabilitated. Passengers will soon experience comfort and ease when travelling,” Merchant explained. 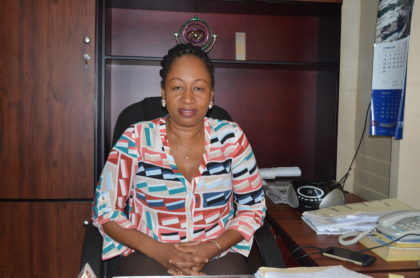 The General Manager told GINA that the works have been executed by S. Maraj Contracting Service for the sum of $11.8M. She explained that this amount caters for the labour provided by the company while materials were provided by the Ministry of Public Infrastructure Works Services Group.

Additionally, Merchant noted that massive infrastructural works were undertaken at the Vreed-en-Hoop Stelling . These Works include:

Merchant said that the works were executed by M. Sukhai Contracting Service to the tune of $5.5M and was completed within the given time frame. Other works will be completed ustilising funds from the UK – Caribbean Infrastructure Fund (DFID).

The rehabilitation of the Bartica Stelling is now at phase two. Merchant indicated that the project is progressing smoothly with approximately 20 per cent completion. “A total of 85 piles will be driven; the entire Bartica Stelling is being redesigned and will accommodate passenger waiting areas, office space for staff, restaurant, mini malls, canteen etcetera ”, Merchant explained.

This project which was awarded to Courtney Benn Contracting Services Limited (CBCSL) for a total cost of $240.3M is slated to be completed by July 2017. Works were also carried out on the Leguan Stelling.

Meanwhile,Minister of Public Infrastructure, David Patterson explained that a number of projects will be funded by the government and the UKCaribbean Infrastructure Fund including the creation andor restoration of modern waterfront recreational areas between Kingston and Ogle, Stabroek Market waterfront and Vreed-en-Hoop stelling among others.

During 2016 the T&HD has reconstructed 180’ of defective timber catwalk, constructed a fender system alongside mooring Dolphin and a steel gantry system, and thirty-eight piles were driven on the Parika Stelling.