Sitting in the ‘best seat in the house’, a group of eager and adventurous men and women breathed the fresh clean air emanating from Guyana’s Savannah, savouring is unique beauty, and experiencing the thrill of traversing on wet sand and swamps.

The convoy which comprised 10 vehicles and eight bikes assembled at Yarrowkabra on the Soeskdyke-Linden Highway at 6:15 hours on Sunday morning to undertake the adventurous journey; the first Wet Savannah Drive. Yarrowkabra is a 15- minute drive from the Linden junction or if one utilises the short cuts through the trails it will take approximately five minutes to get there from the Cheddi Jagan International Airport (CJIA).

The weather was sunny, as the convoy took off on the Wet Savannah Drive that would span two days, and allow for the participants to enjoy the journey that would culminate at Moraikobai, an indigenous community in Region Five.

The trail was rough; there was an abundant of wet sand and water which made it somewhat difficult to traverse. The aim of the drive was to establish the trails tourists traverse so that they can become part of Guyana’s adventure tour attractions.

Water was very evident which made traversing the trail challenging. Another major challenge was keeping everyone together.

The trip was not without its challenges though. There were a number of trees blocking the trail which had to be removed, vehicles breaking down because of difficult terrain and also becoming stuck in the sand which was time consuming to extract. A number of persons experienced sun burn and the heat of the trail did not assist the crew in any way. Several suffered insect bites, but these were all deemed part of the experience.

There were a lot of trial runs prior to the event, D’Andrade said, as “people would just come and say, ‘Shane we hear that you have some trail come let’s go!’” He explained that the drive is not lengthy, but it takes a lot of guidance and focus through the trail.

A stop was made before leaving Yarrowkabra to see a tunnel. D’Andrade said that he will be engaging the National Trust of Guyana, to have a team visit the site to determine the tunnel’s historical significance.

Participants expressed curiosity about the tunnel, however, D’Andrade relating the stories that were told to him by older folks, imparted that the “area was said to be an old military airstrip; in the area as well, there are some land marks and towers that need assessment from the relevant authorities as to their significance.”

On reaching Moraikobai, the participants were warmly greeted by Toshao Colin Andrews along with villagers who danced and sang for the visitors. Villagers brought out their crafts and other items for sale, including cassareep, cassava bread and craft.

Toshao Andrews was overjoyed that the convoy stopped at his village and expressed hope that more persons would visit especially foreign tourists. He said events like the Wet Savannah Drive will open- up economic opportunities for Moraikobai.

Andrews said that his main aim is to promote the young people of the village. “I want to highlight my young people, they are so talented and they need to be known and opportunities need to be granted to them,” the Toshao explained.

As night stepped in, the visitors’ interaction with the villagers and games with the children came to a close. A camp fire was lit and when all had gathered around, dinner consisting of Indigenous dishes, and some creole foods was served.

The convoy saw people from all walks of life who united and bonded on the drive. During the night, while around the camp fire, “lil days” stories were shared, while villagers shared Moraikobai’s heritage. Additionally, points were given and written as to how the drive can be improved and made affordable so that others can participate.

Just after midnight, lights were out because the next day, (Monday) the convoy would journey back to Georgetown. While some slept in the village’s guest house, others roughed it out in the open.

The visitors awoke to a beautiful sunrise as they made preparations for their journey back to Georgetown. Vehicles and bikes were checked and refuelled, breakfast was served and the journey began. Pleasantries were exchanged between the convoy’s participants and villagers, and they were encouraged to visit again.

The return journey was easy because, “some idea of the trail was established”.

Michael Gonsalves said, “The trail was difficult, but I enjoyed every moment of it, I am looking forward for more drives like these, whereby I can see more of Guyana’s natural beauty.”

Kevin Chin said, “This is my first time on the trail and it was beyond my expectations but I enjoyed it and I would definitely come again. The villages are beautiful and a lot more Guyanese need to travel internally to see this beautiful country of ours.”

Roxanne (only name provided) stated that, “I enjoyed the tour because my birthday was Thursday, so this was a lovely present, and whenever they have another tour I will definitely come again.”

Andre Kilkelly was jubilant and spoke exuberantly of his experience. “Yes Guyana we have done it, I have done it, the Wet Savannah Drive! It was full of adventure, the trails give us some challenges, they were a lot of swampy areas, and we passed through a lot of water. We had a few break downs and a few mishaps, but we have finally done it!”

The participants eventually arrived in Georgetown at about 20:00hrs on Monday. The weary, but satisfied participants exchanged telephone numbers, handshakes and hugs as they sealed new friendships.

Overall the first official Wet Savannah Drive was deemed a success, and the organisers are looking forward to making it an annual event, with the hope that more sponsors and persons will come onboard.

The event was sponsored by Rahaman’s Parc Rayne and Guyana Oil Company (GUYOIL).

Director of the Guyana Tourism Authority (GTA), Indranauth Haralsingh, said the government was happy to support the Wet Savannah Drive, which he noted will create another avenue for adventure tourism lovers.

The Ministry of Business has been working with the GTA to ensure that events such as the Wet Savannah Drive become a part of Guyana’s tourism product. 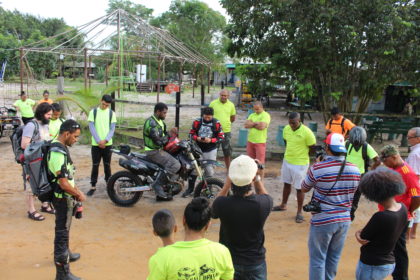 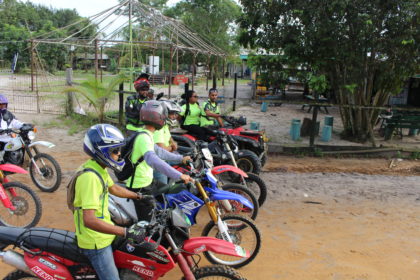 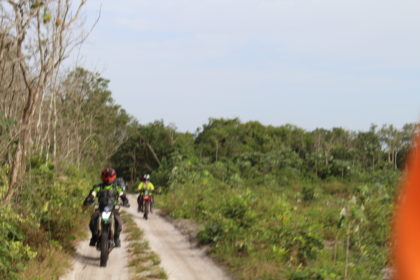 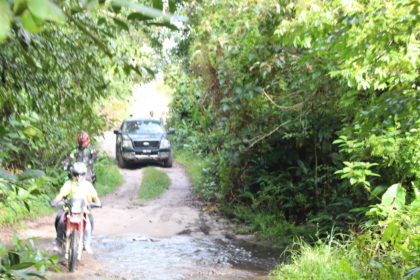 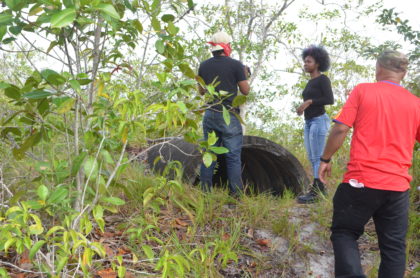 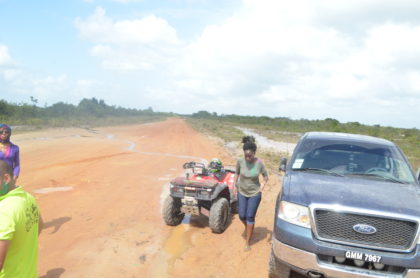 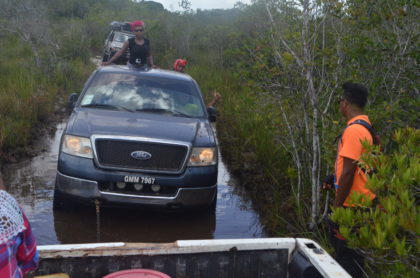 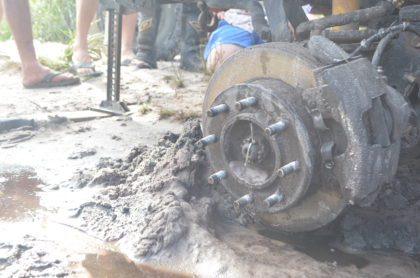 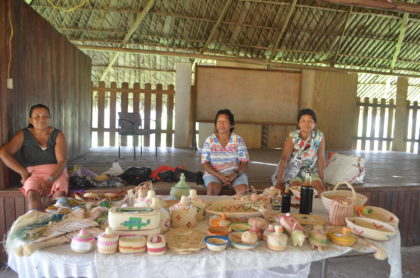 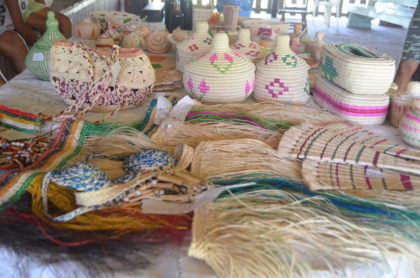 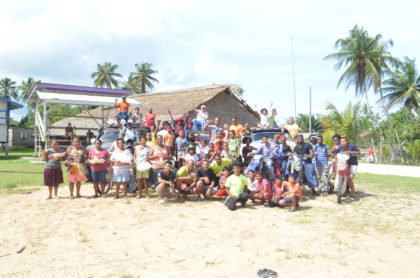