Young people not invincible to COVID-19- WHO reminds 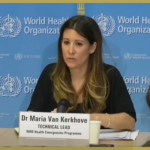 More than six months into the novel coronavirus pandemic, experts have found that the casual and carefree attitude of youths has been a significant propellant in rising the cases.

The Director-General added that “evidence suggests that spikes of cases in some countries are being driven in part by younger people letting down their guard”.

He noted that while older people are at a higher risk of severe disease, so too are young people and one of the challenges is convincing them of this risk.

In the case of Guyana, the Ministry of Public health provided an analysis of cases in June, which showed that the age groups with the most cases were 20-29, 30-39 and 40-49; with persons 20-29 having the highest number of confirmed cases.

During a press briefing, WHO Technical Lead on COVID-19, Dr. Maria Van Kerkhove said that the eagerness of young people to resume activities such as visiting nightclubs and bars or hanging out with friends has led to several of them contracting the virus and further infecting those around them.

She further stated that in some cases they are asymptomatic and eventually unknowingly infect family members who have underlying conditions.

According to WHO people’s behaviour and decisions are based on misinformation, culture, religion and different beliefs among other factors.

Recognising the need for behavioural influencing tools, WHO has announced the launch of its Technical Advisory Group on Behavioural Insights and Sciences for Health.