Over 100 solar powered streetlights are to be installed in Zealand and surrounding communities including Quakers Hall, Planter’s Hall and Perseverance in Region 5. This project will be executed by the Woodlands/Farm Neighbourhood Democratic Council (NDC).

The annoucement was made during a community engagement today in Zealand that was chaired the Minister of State, Hon. Dawn Hastings-Williams. The residents requested that the streetslights be placed in the areas for security purposes. 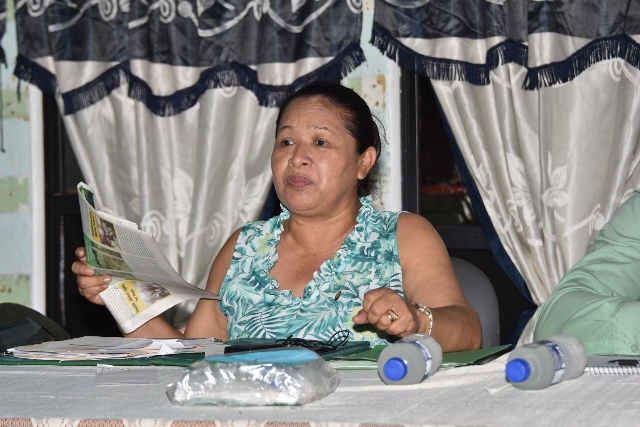 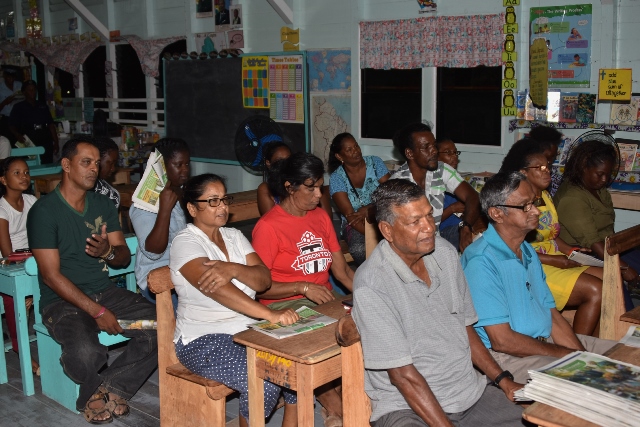 Residents of Zealand and surrounding communities at the community meeting.

A representative of Constituency No.5 (Planter’s Hall-Bushy Park), Trevon Chichester explained that the NDC is in the process of sourcing the lights, after which it will be installed in the identified areas. Further, he committed to utilising his entire month’s stipend to procure some additional lights to ensure other areas benefit from the initiative. He added, that priority will be given to those areas that are known for having accidents and incidents of criminal activity.

Minister Hastings-Williams commended the NDC for the initiative, noting that the government is keen on ensuring the needs of the citizens are met promptly. It is for this reason, she said that local authorities are being given the necessary resources to carry out their mandate.

“We care for every citizen… Your government has done a lot for this country with limited resources… and we will continue to do much more for the people once the resources become available,” she affirmed.

The residents also asked that a bus shed be erected opposite the Zealand Primary School, a playground for the youths be built and upgrades to the community centre. A call was also made for the administration to consider increasing the annual voucher given to students for school supplies.

The State Minister committed to constructing the bus shed for the school children at a cost of just under $500,000. The issue with the voucher increase will be addressed with the Minister of Education for consideration in Budget 2020.

Minister Hastings-Williams reminded of His Excellency, President David Granger’s vision is that every child has access to education, hence, in 2015, he rolled out the Five-Bs (Bus, Bicycle, Boat, books, breakfast) programme. Thus far, 29 buses are across the regions taking children to and from school, 10 boats and 10,400 bicycles.

On the issue of the playground, Deputy Regional Executive Officer (DREO) of Region 5, Sherwyn Wellington explained that the region is in the process of identifying an area to establish a recreational facility for the youths.

He also noted that the region has received an estimate valued at $10M for the rehabilitation of the community centre, however, there was some disagreement as to whether the residents prefer the facility to remain in the same building which houses the community health centre. This has resulted in the project being stalled. In this regard, Minister Hastings-Williams urged the region to re-engage the residents on the way forward.

Before the meeting, the State Minister also met and engaged the residents of High Dam, who were severely affected by the recent floods as a result of above-normal high tide. She assured that the government is continuing its assessment to ensure farmers are adequately compensated.