―government in full support of the initiative

A $17.3 Billion (US $83M) premium residential community will soon be constructed at Plantation Ogle, East Coast Demerara. On Thursday, the sod was turned for construction to begin on the second Windsor Estate.

The establishment of the residential community is being realised through a partnership between the project’s developers Navigant Builders Incorporated and the National Industrial & Commercial Investments Limited (NICIL); with support from the government. 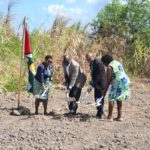 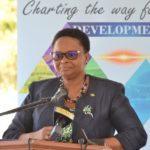 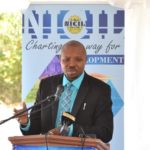 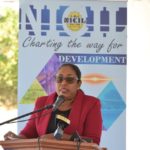 NICIL’s Head of the Business Development Until, Racheal Henry.

NICIL’s Head of the Business Development unit Racheal Henry revealed that the project will feature modern designed homes, a commercial zone to include banks, medical facilities, a shopping, restaurants and a man-made lake to enhance the external aesthetics.

Henry also noted that the project will provide employment in both the pre and post-construction phases as residents are promised services in the hospitality, sport, leisure and tourism sectors.

Mark Thomas, representing Navigant Builders remarked: “This is a tremendous opportunity for me and the Navigant Builders family since we will be embarking on another incredible journey from our flagship project Windsor Estate which is located on the East Bank. The project is expected to be a hallmark and cornerstone in Guyana’s progressive development, especially with the growing oil and gas sector.’

Representing the government, Public Health Minister, the Hon. Volda Lawrence noted that the project will be on par with other gated communities around the world.

“The choice of Ogle is strategic and feasible because of the presence of the Eugene F. Correia International Airport. And also, because we will be inviting persons to come, to live and enjoy a commodity which we cannot bottle but which is in much demand across the world – I speak of the fresh air you breathe.”

Minister Lawrence said it is just the beginning of the many investments which will be made in Guyana.

“I can visualise the influx; not only of investors but of tourists and of our many Guyanese brothers and sisters who will be returning home,” Minister Lawrence added.

Also witnessing the historic event was Chief Executive Officer Acting of NICIL, Colvin Heath-London, who noted that NICIL will pursue investment aggressively but only in Guyana’s interest.