The recently published Ministry of Finance’s, End of Year report has disclosed that expenditures for the Ministry of Social Protection totalled to $17.6 billion in 2019. 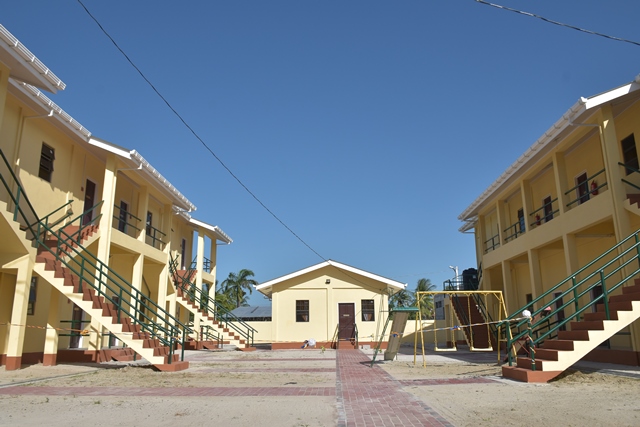 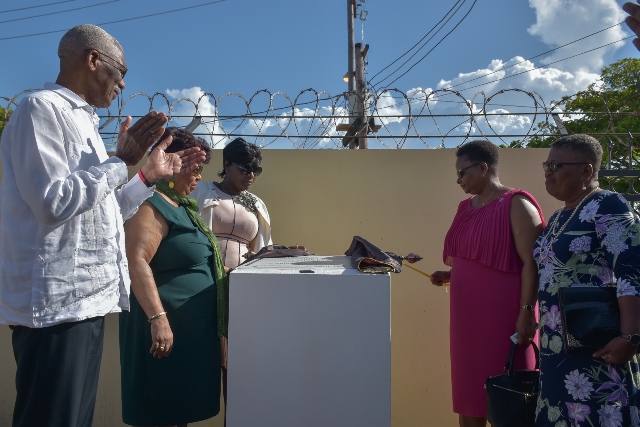 (September 26, 2019) His Excellency President David Granger applauds as Minister of Public Health Volda Lawrence unveils the plaque of the first Children and Family Care Centre while Minister of Social Protection Amna Ally and Head of the Childcare and Protection Agency Ann Green look on.

A bank payment module was completed to ease the payment of old age pension through the banking system. This took effect this year. A draft of the national policy on ageing, the pension bills, minimum standards of care for the elderly and the establishment of an elderly welfare services section was completed.

In the area of Early Childhood Development, the Back-to-Basics toddlers reading programme was realised, and 180 caregivers were trained under the National Training for Early Childhood Caregivers.

Additionally, the parenting-support programme Best Behaviour Campaign was launched reaching 2,176 parents and 2,220 children. Additionally, under the programme, 1,788 books were distributed to parents and children countrywide.

“The [$250M] Children and Family Care Centre was commissioned and operationalised, one additional child advocacy centre became operational in Region One, while two centres in Region Four and one in Region Six, were completed,” the report detailed.

Currently, there are eight operational child advocacy centres in Regions One, Two, Three, Four, Seven and 10. Aimed at raising awareness of t sexual and reproductive health a teen pregnancy and empowerment programme was launched.

To support the enactment of the Juvenile Justice Act, a review of the New Opportunity Corps and “and mapping of juvenile justice services” were conducted.

The Ministry of Social Protection employed “two full-time Probation and Social Services Officers to support the work of the court, a psychologist was recruited to provide counselling services for youths in conflict with the law, as well as youth victims. Additionally, a youth coaching programme and a family enhancement services section were established to address secondary juvenile delinquency prevention services.”

Surveys were completed for the National Gender Equality and Social Inclusion Policy and the Women’s Health and Life Experiences; allowing for the analysis of the nature and prevalence of violence against women and girls (VAWG) in Guyana.

The initiative project benefitted a total of 3,291 persons beneficiaries; 175 percent more than in 2018. This is credited to the increased allocation of $100 million to the programme.