President David Granger, yesterday, committed to ensuring that a Memorial is erected at the Independence Park in 2018 to commemorate the 195th anniversary of the 1823 Demerara Slave Revolt, even as he announced that August 20 will from henceforth be recognised as ‘Demerara Martyrs’ Day.

President Granger, who made the announcement at the commemorative ceremony to mark the 194th anniversary of the 1823 Demerara Revolt, which was held at the site of the Monument on Atlantic Avenue, said that while the event is modestly commemorated in Bachelors’ Adventure on the East Coast of Demerara, he will ensure that the Memorial is erected at the Park where the history is buried.

The former administration, against the wishes of the African communities and several cultural organisations, went ahead with its plan to have the monument constructed on Atlantic Avenue. “The Demerara Revolt is remembered in the village of Bachelors’ Adventure where the massacre occurred. The villagers built their own modest memorial to the Martyrs. I have published a Presidential order declaring 20th August ‘Demerara Martyrs’ Day’ and I have promised to erect a memorial at Independence Park to commemorate the massacre on its 195th anniversary in August 2018,” he said.

Reflecting on the Demerara Revolt, President Granger said the massacre was a turning point in Guyanese and colonial history.  “We are assembled to pay homage to the more than 200 martyrs, who were killed on a single morning and to the uncounted others, who were summarily executed in succeeding days. The massacre took place at Plantation Bachelor’s Adventure, where the main body of troops commanded by Lieutenant Colonel John Thomas Leahy confronted over 2,000 rebels. Martial Law was proclaimed and, after some talk, the troops were ordered to attack,” he said.

The Head of State noted that the Revolt’s role in the passage of the Act by the British Parliament a decade later is undisputed. That Act was entitled: ‘An Act for the Abolition of Slavery throughout the British Colonies; for promoting the Industry of the manumitted Slaves; and compensating the Persons hitherto entitled to the Services of such Slaves. (1833).’

Describing the events of that day, President Granger spoke passionately about the horror of the brutal killings.   “According to one account “the soldiers poured in volley after volley.  The slaves returned fire but soon began to run, leaping the trenches into which many tumbled lifeless.  Many were shot down on the road and in the cotton fields.  By noon, the roadside was littered with dead bodies.  About 200 slaves had been killed.” The troops then proceeded from plantation to plantation. They pursued fugitives, holding summary ‘drum-head’ trials each lasting only a few minutes and reached hasty verdicts based on hearsay evidence. The accused were found guilty, tied to trees and shot, immediately.  Their corpses were laid side by side on the ground, decapitated and their heads placed on poles on the public roads in front of the plantations,” the President told those gathered.

While a formal Court Martial was convened in Georgetown on August 25, 1823 under Lieutenant Colonel Stephen Arthur Goodman, public executions took place on the Militia Parade Ground, now known as Independence Park in Cummingsburg. The rebels’ corpses were hung in chains along the public roads or were decapitated and the heads stuck on poles.

The Head of State noted that it is important that all Guyanese commemorate this event so that future generations will not forget that their freedom was bought at the high price of the martyrdom of hundreds of enslaved Africans.

Meanwhile, Mr. Aaron Blackman, a Cultural Activist, who delivered remarks, said that the freedom Guyanese, particularly Afro-Guyanese enjoy is due to the struggles and sacrifices of their ancestors, who paid the ultimate price. The younger generation, therefore, he said should not take their sacrifices lightly or for granted but use it as a motivation to move the country forward.

“Our ancestors laid down their lives fighting for the emancipation and liberation of this generation and to lay the foundation for our nation. It is through the laying down of their lives that emancipation came in 1834. Let not their struggle be in vain. Let us kindle the spirit of the early African Village movement, which was founded on cooperation,” he said.

Ms. Desiree Nurse, who attended the ceremony, in an invited comment, said that she is grateful that a day has been set aside by this administration to honour the fallen slaves as she noted that it is through their sacrifices indeed that Guyana was born.  “I think we Africans should really begin to acknowledge this day because our ancestors have done a lot so this is very nice and appreciated. I am happy that I was here to observe this and I would like to see more people, particularly the young Afro-Guyanese more involved in their history and events like this,” she said.

Ms. Audrey Hinds echoed those sentiments, noting that while the ancestors would have laid the foundation, it is now up to the young people to recognise their sacrifices and make the best out of their freedoms. “My fore parents did so much but as a descendant, I feel really uplifted being here. My message to young people now is to make the President of this country proud; get educated, get an education, be qualified to do what they have to do and to remember from where they came,” she said. 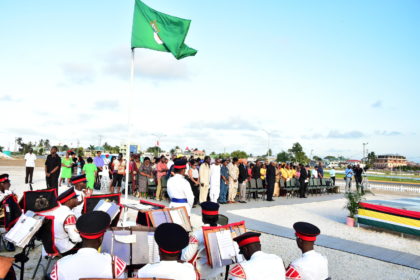 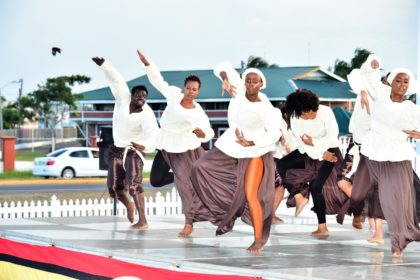 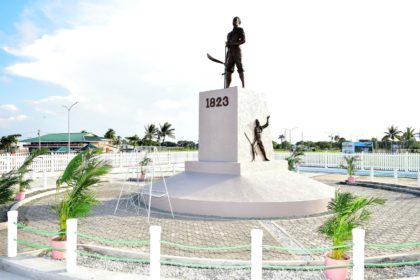 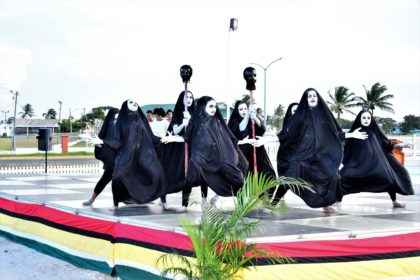 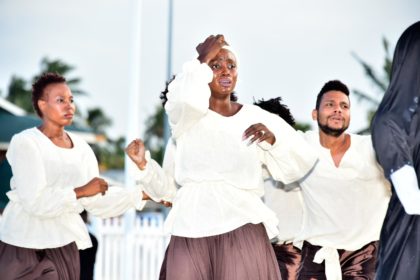 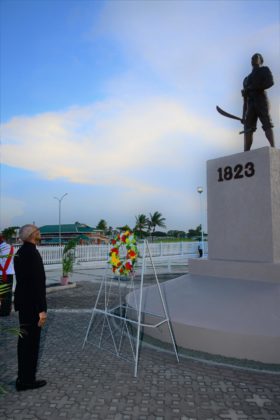 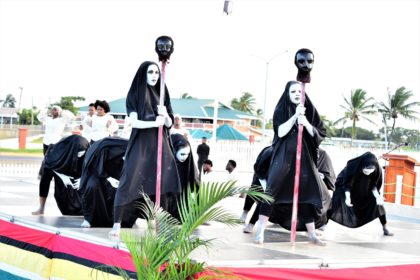 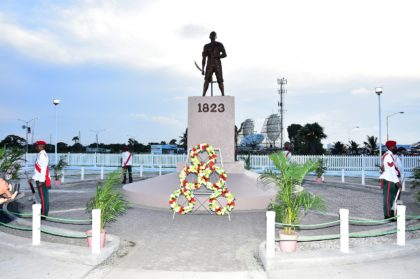 President David Granger addressing the gathering at the 194th commemorative ceremony of the 1823 Demerara Revolt, yesterday