The Ministry of Public Infrastructure officially launched its Mashramani band on Wednesday, which promises to have 200 revellers.

“I am launching the winning band… I would like to say to the Ministries, to all the other participants, ‘thank you for partaking. You’ve done a great job, but when you come up against the best, you do expect that you come second,” a confident Minister of Public Infrastructure Hon. David Patterson commented at the band launch. 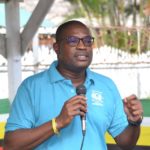 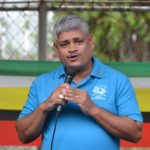 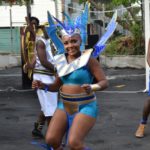 A section of the Ministry of Public Infrastructure band for Mashramani 2020.

He further noted this year’s Republic Jubilee Celebrations will be centred around a theme showcasing the maritime sector.

Speaking with the DPI, Director-General, Maritime Administration Department (MARAD) Claudette Rogers said it is a privilege to participate in the celebrations since the maritime sector is critical to the development of any country.

“When we think in terms of what is taking place in the oil and gas sector, it is a way to ensure people are informed of the role of the MARAD,” Rogers explained.

The Guyana Power and Light Incorporated (GPL) will also have a special section in the band that will display the country’s renewable resources. All heads of agencies within the ministry are expected to lead their respective sections in the Mashramani band.

Guyana’s 50th Republic celebration is being held under the theme: “Guyana Together; Reflect, Celebrate and Transform”