2016: A year of ups and downs for police traffic department

The year 2016 has been one of challenges, as well as successes for the Guyana Police Force’s (GPF) Traffic Department. 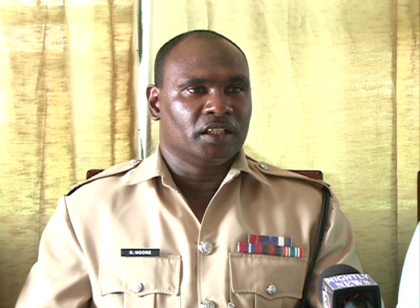 During a press conference today, at Traffic Headquarters, Eve Leary, it was disclosed that there was a 10 percent increase in the number of fatal accidents for the year 2016.

Pedestrians, Superintendent Moore said, continues to be the largest category of road users killed, with 32 deaths. Motor cyclists came in second with 23 deaths. For 2017, the Traffic Chief said there will be more emphasis placed on enforcing traffic laws for motor cyclists.

For the year 2016 a total of 42,349 drivers were charged for the following traffic violations:

The Traffic Chief is of the view that enforcement of the traffic laws is critical to curbing the issue for dangerous driving.  Moore pointed out that the launch of Operation Safeway saw a change of attitude of road users. Before its launch in September 2016, fatal accidents were up by a 33 percent increase.

The Traffic Chief noted that with the success experienced with Operation Safeway, the campaign will continue in 2017.

Colvern Venture,  City Engineer of the Mayor and City Council speaking at the press conference, said that a transportation committee has been set up to deal with road networking and congestion. According to Venture, there is an ongoing study in Georgetown by the Inter- American Development Bank (IDB) to create bus terminals, to reduce “the congestion that we currently have in the central business areas.” 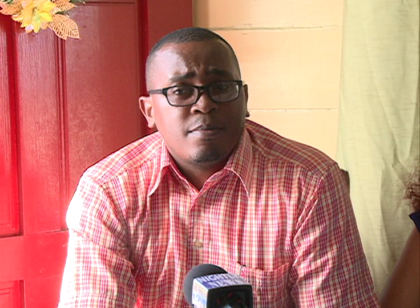 Colvern Venture attached to the Mayor and City Council

The study is expected to be completed by March 2017 where major implementation will be made, some of which will need Cabinet’s approval.

Chairman of the Guyana National Road Safety Council (GNRSC) Dennis Pompey noted that the council has enjoyed a successful year. This was seen with the number of driving seminars which was held in various regions of the country and the launch of the Road Safety Booklet.

However, for 2017, Pompey pointed out that road safety councils will be set up in Bartica, Lethem, Essequibo and Mahdia. Also, in 2017, Pompey noted that the GNRSC will continue its efforts to achieve the United Nations Decade of Action Goal by the year 2020, to reduce road deaths by 50 percent.

“We are no way close to that, but we hope in 2017 we would able to make inroads into that and we would be able to at least reduce deaths by 20 percent for 2017,” the Chairman stated.