Climate change and climate variability have led to an increase in the intensity of extreme meteorological events in the region in the form of hurricanes, flood, and droughts. These events easily pose profound negative impacts on national economies, which thereby threaten the survival of the most vulnerable of populations and communities. Furthermore, these variabilities and changes also compromise the ecological services provided by some of these fragile ecosystems.

The USAID in partnership with the Caribbean Community Climate Change Centre (CCCCC) aims to address some of these challenges through the provision of over $2.1Billion (US$10 Million) for three years.

Today, with the handing over of 21 automatic weather stations, this partnership achieved one of its three technical components which purport the promotion of the use of climate data and information for decision-making. 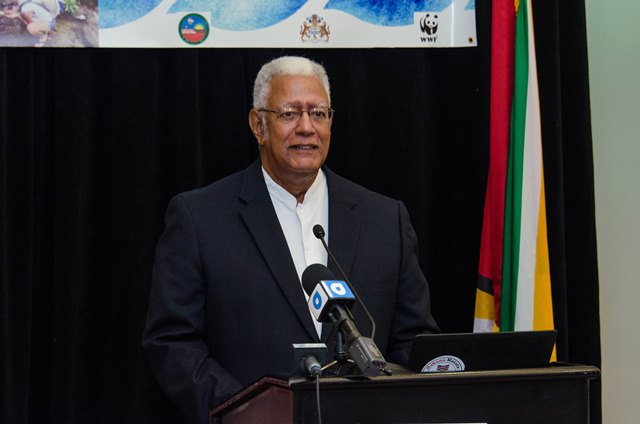 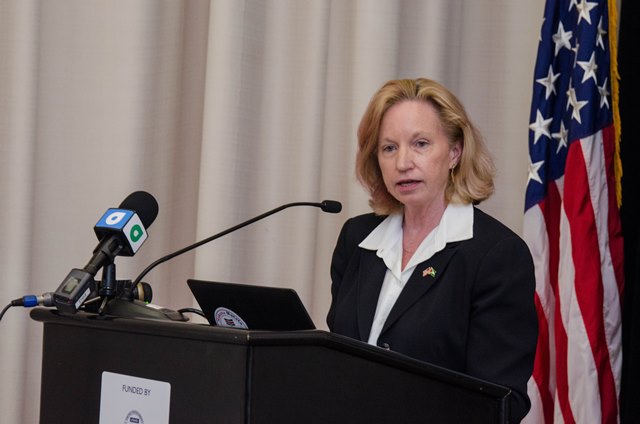 US Ambassador to Guyana, Sara-Ann Lynch. 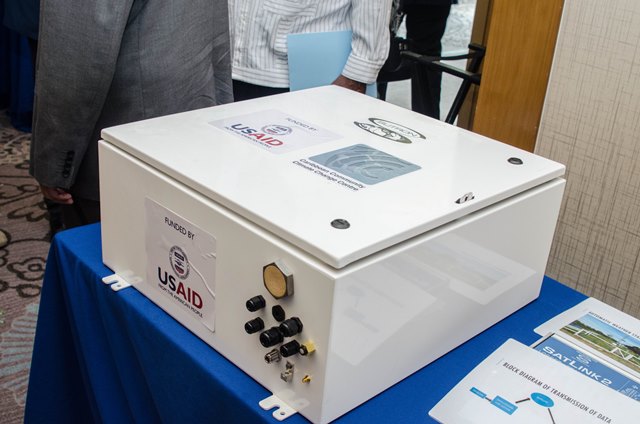 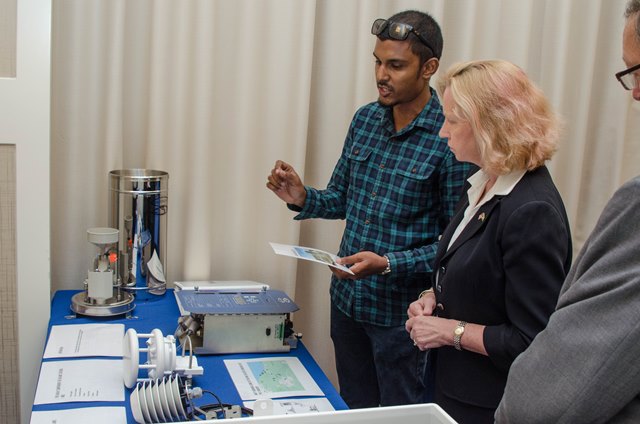 US Ambassador to Guyana, Sara-Ann Lynch is given an explanation of how the device works.

In his opening remarks, Chief Hydrometeorological Officer (ag), Dr. Garvin Cummings, welcomed the donation and gave a brief technical overview of the components of the automatic weather stations.

“The automatic weather stations being referred to are the state-of-the-art in automated weather monitoring and are capable of transmitting hydrometeorological data in near real time. They are all equipped with sensors for a number of meteorological variables, including but not limited to; Solar radiation, rainfall, air temperature, wind speed and direction, atmospheric pressure, relative humidity and sunshine hours.”

The Climate Change Adaptation Programme is a testament to the partnership between USAID and the Caribbean Community Climate Change Center, and their commitment to support the building of the region’s adaptive capacity. The project is aimed at improving the capacity of regional, national and local partners to generate and use climate data for decision making in government and other sectors.

“Through the U.S. Government’s three-year Climate Change Adaptation Project, we are dedicating US$10 Million [$2.1Billion]to creating an integrated system for the development and financing of the adaptation measures to counter the impact of climate variability. The equipment being handed over today was purchased under this project,” US Ambassador Sara-Ann Lynch noted.

In his address, Minister of Agriculture, Noel Holder highlighted the importance of this donation and how it aids in carrying out the Hydrometeorological office’s mandate.

“The establishment of a national hydrometeorological database premised upon the assumption that there will be an optimum observational network from which credible data can be acquired and made available for evidence-based planning and decision making at all levels. Today’s gift of the automated stations contributes to this effort and will help to strengthen our capacity for providing climate information and climate services, especially at the local level.”

Today’s proceedings and the handing over of the equipment occurred at the World Water Day Symposium held under the theme ‘Leaving No One Behind’.