Over 500 young Indigenous entrepreneurs in the Mabaruma and Matarkai sub-district, Region 1 received over $25M in grants to boost their respective businesses. These young businessmen and women were trained and certified under the Hinterland Employment and Youth Service (HEYS) programme and are managing established ventures ranging from grocery outlets, catering and cattle and poultry farm among others.

The grants were presented by Minister of Indigenous Peoples’ Affairs, Sydney Allicock who was conducting an outreach in the region over the weekend. Most of the current youth entrepreneurs were either unemployed or school dropouts before attending the HEYS programme.

Allison Bennett, a 23-old mother of one from of Bumbery Hill dropped out of school at the age of 14 and with little guidance was at home unemployed. Once word of the HEYS programme began to circulate in her village, she was the first to sign up since it was always her dream to become a businesswoman.

According to Bennett, after completing the one-year programme and receiving her grant, she ventured into selling beverages and snacks. Shortly after, she began planning her own family.  However, the conditions under which she lived was very unsafe. “We were living in a small house, like a camp I was very uncomfortable, and I wanted to upgrade myself and I planned to have children and wanted to ensure they would be comfortable.” With the profits she made, along with her husband’s earning, they constructed a home. 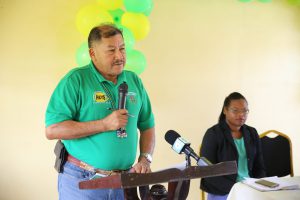 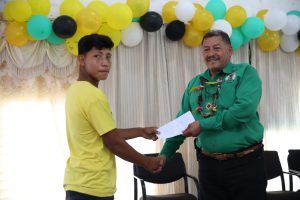 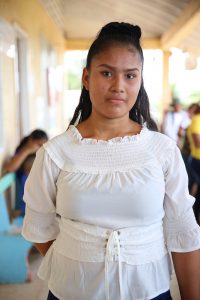 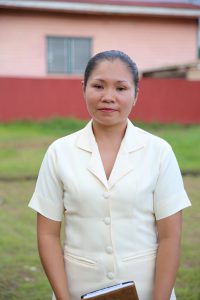 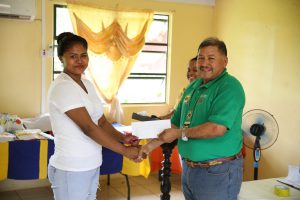 Today, Bennett said her business is booming as it has a thriving grocery establishment and she is now venturing out into farming. She has already planted avocado, cherry and other fruit and vegetable trees and very soon will be able to sell fruit and vegetables at the Kumaka Market. Bennette was very grateful for the government’s implementation of what she described as a ‘life-changing’ programme.

Valerie Sam, of Citrus Grove, Port Kaituma, said the HEYS programme paved the way for her to pursue her dream of serving in the medical field. She is now a Community Health Worker in her area, after completing a six-month training exercise in Georgetown.

“This programme not only benefitted me financially and allowed me to follow my dreams, but it also helped me to deal with everyday challenges… I am happy to say that even though we live in the hinterland, we are not forgotten and I don’t have enough words to say how grateful we are to the government for providing this opportunity.”

Addressing the youths, Minister Allicock reminded that HEYS is the fulfilment of a promise made when the Coalition assumed office in 2015. It is part of the 10-point plan for hinterland development which was outlined by His Excellency, President David Granger.

According to Minister Allicock, the programme yielded many successes.

“There is the opportunity for creating industries in the hinterland communities and that is why we have this focus on the youths. It is amazing to hear the testimonies here and in other parts of the country, the testimonies are similar. This programme has empowered others and ensure they can provide for their families. For example, some began with chicken rearing and have now diversified into other areas. So, while the chickens are growing, they are involved in either sewing or managing a shop so they can earn,” he said.

4,000 youths have so far been trained and close to 2,000 businesses established in 220 communities in all the 10 Administrative Regions. Some $400,000 was invested in each of these young entrepreneurs through a monthly stipend of $30,000 and an additional $50,000 to start-up their businesses. As a result, the government has decided to continue the programme; Minister Allicock announced that another 4,000 youths will be targeted.

The government, over the past three years, has invested $2.3B in hinterland youth empowerment, which has resulted in the establishment of 2,054 successful businesses under the Hinterland Employment and Youth Service (HEYS) programme.

In 2016, close to $1B was budgeted for the new HEYS project, which was piloted in Paramatakoi, Mountain Foot, Bamboo Creek, Monkey Mountain, Tuseneng and Tarukain in Region 8, Potaro-Siparuni. A further $991M was allocated in 2017 and $981.7M in 2018.

To ensure that these businesses grew in strength and flourished, a further $176.1M was approved for monitoring and mentoring, along with additional monetary support in 2019.