Over $34M in Presidential and Capital Grants were presented to Toshaos for green sustainable community projects. The cheques were presented to 25 village leaders by Minister of Indigenous Peoples’ Affairs, Hon. Sydney Allicock and Minister within the Ministry, Hon. Valerie Garrido-Lowe on the third day of the 13th annual National Toshaos’ Council (NTC) conference being held at the Arthur Chung Conference Centre (ACCC). 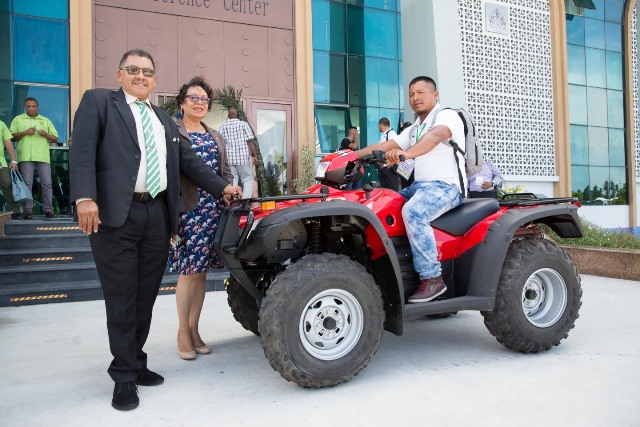 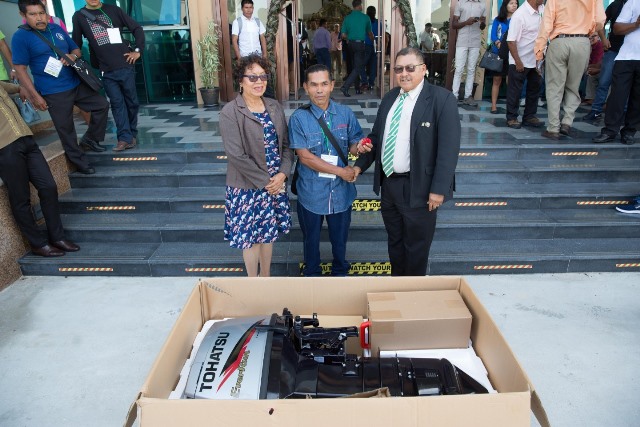 Toshao of Hotoqual, Owen Singh receiving the boat and engine. 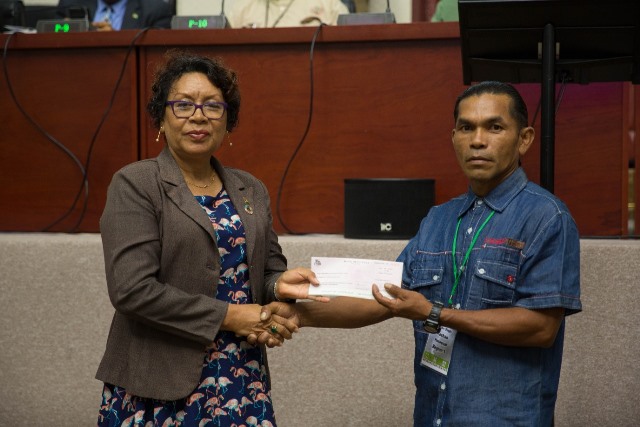 Toshao of Hotoqual, Owen Singh receiving a cheque from Minister within the Ministry of Indigenous Peoples’ Affairs, Hon. Valerie Garrido-Lowe. 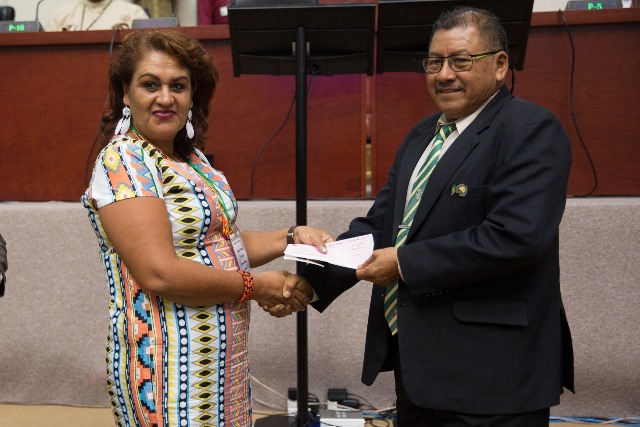 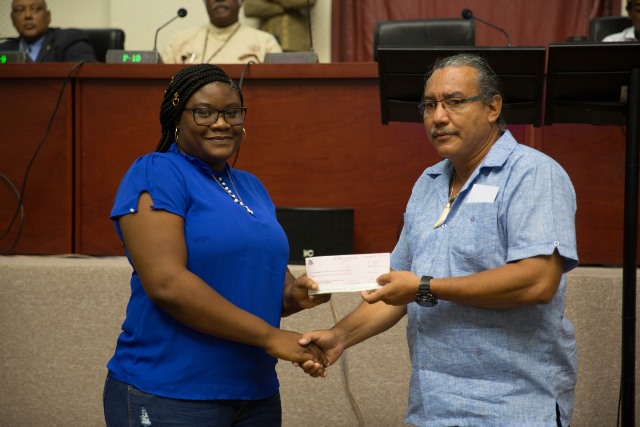 Ministerial Advisor and Member of Parliament (MP), Hon. Mervyn Williams handing over a cheque to Arakaka.

The villages that received grants are:

The villages of Swan and Quarrie also received a contribution towards their Heritage celebrations. Additionally, Bashaizon received an ATV and Hotoquai, an outboard engine.

Hotoquai Toshao, Owen Singh explained that the $1M Presidential Grant that his village received will be used to clear a new recreational space for the youths. He explained that the current community ground is in the same geographical space as the nursery and primary schools, and to avoid any damage to the facilities, the village council has decided to relocate the ground.

Singh further noted that the 40-horsepower boat engine will be used to transport elderly residents to uplift their pension at the Mabaruma Township and assist farmers to take their produce to the market.

The Toshao commended the administration for its continued support to his community. “I am very happy to be receiving the grant and engine. It will benefit my community and the people,” he said.

Over the past months, millions-of-dollars in grants has been handed over to villages to support community projects. The Moruca sub-District, Region received close to $17M in grants for villages in Santa Rosa; Kopinang and Bamboo Creek in Potaro-Siparuni, Region 8; and Wakapau, Kabakaburi, St. Monica and Mainstay/Whyaka in the Pomeroon-Supenaam, Region 2 received presidential grants totalling over $8M, while, Patarinau, Region 9, and its satellite, Baitoon and Katuur also received $3M.

Laluni Village, on the Linden-Soesdyke Highway, will receive a tractor on Thursday.