Three hundred and seventy nine (379) students who have successfully completed training in a variety of disciplines are now empowered to become entrepreneurs.  The large batch graduated today, at a ceremony held at the National Cultural Centre. 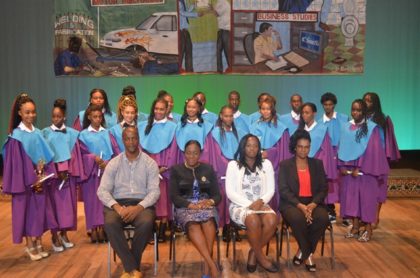 YEST is a programme that is offered to youths between the ages of 16 and 25. Youths attending KKTC are trained for 10 months while those at the STC and Vryman’s Erven Centre undergo six months training.

Headed by the Department of Culture, Youth and Sport, YEST continues to offer skills training and entrepreneurship, to enhance the employment potential of young people who have left the formal school system.

The students received training in the disciplines of cosmetology, information technology, masonry, carpentry, welding, and mechanic among others at the various training centres.

Minister within the Ministry of Education, Nicolette Henry delivered the charge to the students, noting that she is proud of the dedication and hard work by the students which have led to their success. 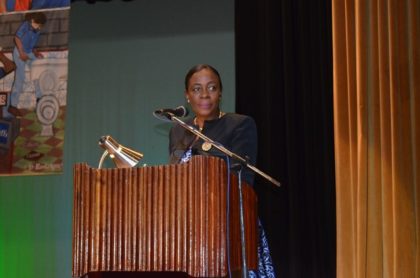 Minister within the Ministry of Education, Nicolette Henry delivering the feature address

The Minister told the graduands that they were exposed to skills training that give them the opportunity to become well rounded individuals. “You are now in a position to play a meaningful role in the development of your different communities, and eventually that of our country,” the Minister said.

The graduands were urged by Minister Henry to use the skills they have acquired to equip themselves for the challenges they will face. “There will be challenges ahead of you and you will have to translate what you have learned during your training to deal with those challenges,” the Minister explained.

Minister Henry was keen to point out that government has begun to put systems in place to help young people.   “The youths of Guyana will be equipped with the skills required for them to be marketable, noble and competent citizens.”

In closing, the Minister asked the graduands to be responsible,  positive, and passionate, and share their knowledge, to be a role model, and to give back to their communities. 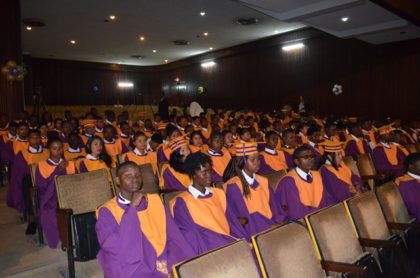 A section of the Youth Entrepreneurial Skills Training Programme graduates

Administrator of the STC, Wendella Walton congratulated the parents of the graduates for the care they showed during the course of the training. “Your sacrifice and support were very important,” she stated.

During the course of the training period at the KKTC, 22 students acquired their driver’s licence after successfully completing their driver’s education examination which was conducted by the Guyana Police Force’s Traffic Department.