The Flying Doctors of America Medical Mission made its 2019 trip to Guyana and saw exactly 670 patients in several Region 9 villages.

Team leader, Dr. John Arledge, noted that his 13-member team of specialist doctors were eager to come and work in Guyana. He said between March 4-6, 2019, the team saw patients from Fairview, Surama and Annai.

“On Monday, we were in Fairview, and we saw 160 persons… Tuesday at Surama, 100, and Wednesday and Thursday, we worked in Annai. There, we saw 200 and 210 persons on the respective days.”

Services taken to the residents of those areas include Dentistry, Ophthalmology, Gastroenterology, General Medicine to name some. A Paediatrician and Emergency Room doctor was also on board.

Dr. Arledge highlighted that during the outreach, 51 persons received steroid injections noting that this was given to aid with arthritis pain. The steroid will last for one year, alleviating pain in a patient’s body.

A formal ceremony was hosted by the Ministry of Public Health on March 8, to show appreciation to the team for their exceptional work. Public Health Ministers, Volda Lawrence and Dr. Karen Cummings were in attendance. 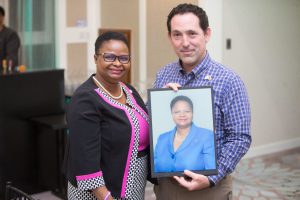 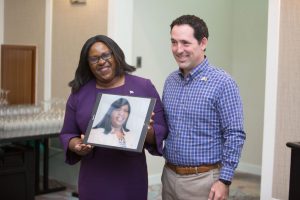 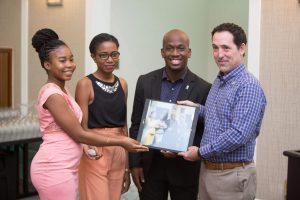 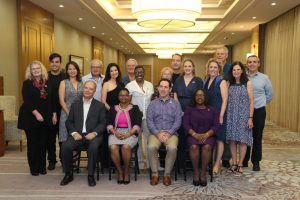 Minister Lawrence, on behalf of the residents who benefited and the ministry, recognised the tremendous support lent through these forms of outreaches.

“I wish to emphasise that your work in those areas greatly supports the Ministry of Public Health’s mandate of providing quality health service delivery to our people in the hinterland areas,” Minister Lawerence said.

Both the ministry and the ‘Flying Doctors’ team exchanged tokens of appreciation with anticipation of more work being done in Guyana’s hinterland in the future.

Dr. Arledge confidently stated that the team will return even bigger and with more specialised services to provide targeted healthcare. The team in Guyana was coordinated and facilitated by the ministry’s International Desk which serves as a conduit for regional and international engagements in the health sector.

For almost 30 years, Flying Doctors of America has been bringing together teams of physicians, dentists, nurses, and other health care professionals to care for vulnerable, poor populations. They operate under the “Mother Teresa Principle,” which mandates that focus must be given to persons living in areas that may not readily access healthcare based on their financial and social status.