Eight Indigenous communities in Regions 2, 7, 9 and 10 will soon receive titles to their land and granted extensions.

This was announced today by Director-General of the Ministry of the Presidency, Joseph Harmon, who said that Cabinet has approved the Absolute Grants of land titles following recommendations made by the Ministry of Indigenous Peoples’ Affairs, which has responsibility for the Amerindian Land Titling (ALT) project. 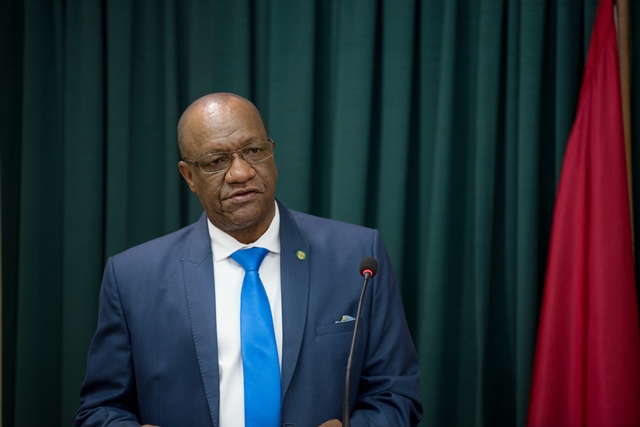 Director General of the Ministry of the Presidency, Joseph Harmon.

The grants approved are extensions to existing communities in Mainstay/Whyaka, Mashabo and Capoey, Essequibo Coast, Region 2.

These communities have been waiting years for their grants of titles to move forward with the developmental of their villages. The tourism-driven communities of Mainstay/Whyaka and Capoey applied for their extension in 2011-2012 and 2014 respectively.

Toshao of Mainstay/Whyaka, Milton Fredricks was ecstatic when he heard the news today. He told the Department of Public Information (DPI) that the village has been waiting a very long time for the extension and have not abandoned their plans to fully utilise the additional land.

“This is good news and I know that the villagers will be very happy to know that our extension was approved.” He said that the announcement is opportune, as it comes when the village’s development is moving ahead.

For decades, the residents of the mining communities of Tasserene and Kangaruma in the Lower Mazaruni fought for their land tenure status. In fact, in 2012 the former administration handed over land title certificates to the leaders of these communities, but later, officials took away the certificates.

According to Harmon, these villages were chosen with conditionalities based on their respective peculiar circumstances.

The Amerindian Land Titling process was facilitated by the Amerindian Act of 2006 that provided for land titling and extensions. This led to the establishment of the ALT project which was scheduled to commence in 2013 and end in 2016; under the auspices of the Government of Guyana and the United Nations Development Fund, with funding of $2.2Billion (US$10.7M) provided from the Guyana REDD+ Investment Fund. The project was extended from 2016 to 2018 and subsequently from 2019 to 2021.

The Director-General explained that of the 68 interventions identified, 21 demarcations have been completed and 18 certificates of titles issued, while 45 investigations were completed – 32 for extensions and 13 for new villages.

Harmon said that in approving the granting of titles, the government reiterates its commitment to the completion of the land titling project and assures that the process will continue until all indigenous communities receive their titles in accordance with the law.

The ALT project seeks to achieve three primary goals: completion of land titles issues and demarcation process for all Indigenous villages that submitted requests, increased use of existing and alternative mechanisms to resolve land titling disputes and thirdly, a communication strategy including a handbook describing the process of titling, demarcation and socio-economic impact of secured land tenure.