A reflection on emancipation of slaves

August 1, 2016 marks 178 years since enslaved Africans were emancipated in 1838.  It is a time when not only Afro-Guyanese, but all races in Guyana reflect on the trials and tribulations faced by the enslaved Africans at the hands of their British masters.

Dating back to the late 17th century, history books tell that the Dutch first brought Africans in Guyana to acquire wealth. The enslaved Africans were either bought or captured from African countries. However, due to the Britain being more powerful than the Dutch, Guyana was taken away from them not long after. 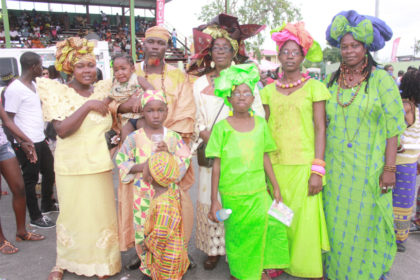 During their journey to Guyana and other parts of the Caribbean, the enslaved Africans travelled the Atlantic Ocean to reach their destination. Only the strong survived the journey as conditions aboard the ship were dreadful. The enslaved Africans were packed like sardines and chained to one another in order to stop revolts. Many did not survive the journey and those who became sick were thrown overboard. That journey was popularly known as the Middle Passage.

Slavery can be termed as consent to work for an individual as was done in Africa. In Africa, slavery was seen as an honour and an obligation to give service to their rulers in whatever form it may be. On the other hand, enslavement is where a person is forced to work under harsh conditions.  When the enslaved Africans arrived, they were forced to work on sugar plantations along the coast of Guyana. Their time on the plantation was nothing short of inhumane where the enslaved were seen as property or things by their British masters.

Men, women and children were all subjected to work on the sugar plantations with the only thing keeping them alive being the will to survive. The enslaved Africans worked long hours, were poorly fed and received severe punishment if they disobeyed orders or were working too slow. 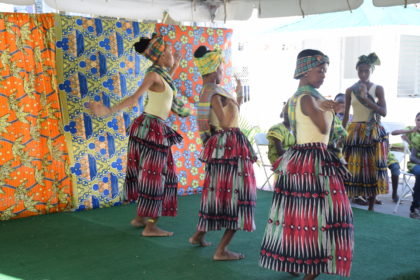 The enslaved Africans basically had no right. Women and young girls were constantly raped by their masters. They were subjected to practice Christianity and disallowed to practice their own religion. If any of them were caught practicing their religion or any form of their culture they were severely beaten. Such activity was seen as a threat by the owners. They knew that if the enslaved people developed a common sense of identity through African culture and traditions, they would be more likely to join together and rebel against their owners.

However, little did the enslaved masters know that it was due to the harsh treatment and depriving the enslaved Africans of basic rights caused the enslaved to resist. Their retaliation took many forms and was placed into two categories, one being passive resistance and the other being active resistance.

Passive resistance by the enslaved Africans did not include violence but they all carried the threat of punishment if they were caught in the act. Active resistance proved to be more deadly. This form of resistance involved organised riots and revolts and was most times very bloody. The enslaved African outnumbered their British masters but could not stand up to the military power of the British. Nevertheless, riots and rebellions continued.

In Guyana, an uprising broke out at the Magdalenenburg plantation, upper Canje River Berbice, in February 1763 led by Cuffy, a house salve. The uprising quickly spread to neighbouring plantations where the enslaved Africans joined forces and burned buildings, cane fields and killed a number of plantation masters.

Many historians argue this is where Cuffy’s downfall came. Historians suggested that instead of negotiating with the slave masters, Cuffy should have taken the bull by the horn and continue his attack on the slave masters who were shaken by the uprising.

The uprising lasted for over a year, but came to an end when the colonial rulers got military support and quickly took back their plantations. Many enslaved Africans were killed and re-enslaved. The revolt marked the first serious attempt by a large group of enslaved people to win their freedom in Guyana.

Another major revolt that occurred in Guyana was the Demerara uprising led by Quamina and his son. The revolt involved more than 10,000 enslaved Africans. Though the revolt did not last for a long time, it sent a clear message to colonial masters that the time was near to give freedom to the enslaved Africans.

During this period, the apprentices had to provide compulsory unpaid labour to the extent of three-quarters of the working week. For the fourth quarter, the partially freed Africans were expected to receive small wages.

Aside from the British Government wanting a smooth transition from Africans being enslaved to being fully freed, the British rulers also wanted a continuous labour for the survival of the sugar industry.  The idea was that the slaves had to learn how to be free. The freed slaves worked as before for their former owner, for three-quarters of their time, and could work for others for the rest of the week and receive a small wage. This period was designed to get the ex-slaves prepared for their freedom at the end of the apprenticeship. Unfortunately, the freed slaves received the same inhumane treatment they got when enslaved.

This caused another uprising, this time on the Essequibo coast on August 3, 1834. Over 700 Africans were led into revolt by Damon, a labourer. The revolt was also shut down by military support. Damon was hanged in the public view after being tried and was found to be guilty. Others who participated in the revolt were severely beaten.

Eventually, at the end of the four-year apprenticeship period, the enslaved Africans were emancipated on August 1, 1838.

Emancipation has not only ended enslavement, it also sparked several radical changes in the social, political, economic and cultural life of Guyana. It was responsible for the arrival of the other ethnic groups who were brought to Guyana as indentured servants from India, China, Madeira (Portugal) and other parts of Europe to replace the African labour force on the sugar plantations.

Emancipation was the dawn of a new era that gave birth to the trade union movement, the liberation of trade, development and the opening of the hinterland by pork knockers.

The civil service was born and the setting-up of artesian shops and small businesses created new communities. Many earned a living through the planting of cash crops while others with skills were employed.

As time went by, many ex-slaves who fought for freedom were honoured by way of monuments. The most popular one known to all is the 1763 Monument. The monument  stands 15 feet tall, weighs two-and-a-half tons and is located at the Square of the Revolution. 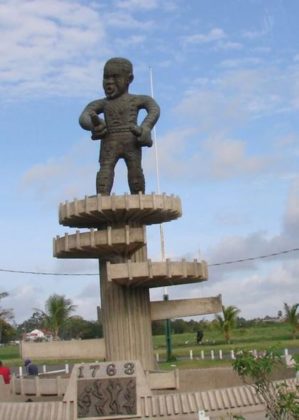 The 1763 Monument was sculpted by renowned local sculptor Dr. Phillip Moore (now deceased) in 1976 and was unveiled on May 23 of that same year by Guyana’s then Prime Minister, Linden Forbes Burnham.

Another significant landmark is the Damon Monument, located in Anna Regina on the Essequibo Coast, and honours an African labourer Damon, who was executed on October 13, 1834 for his role during a protest against the system of apprenticeship. The bronze sculpture was created by Ivor Thom and erected on July 31, 1988.

The struggles of those who fought for freedom in 1823 in Demerara were not forgotten. The 1823 Monument is situated north of Carifesta Avenue along the Georgetown Seawall. The Monument was constructed by Artist/Sculptor, Ivor Thom.

Every year on August 1, Guyanese all across the country join in celebrating and reflecting up Emancipation. Celebration is done by way of cultural activities which include drumming, singing, dancing and a display of a repertoire of African dishes.

Most of the festivities are organised by the African Cultural and Development Organisation (ACDA) and the Cuffy 250 group with the common goal of promoting African culture.

Over the years, ACDA would focus on  a country from Africa as part of the festival since most Afro-Guyanese do not know their ancestral country. In honour of the 50th Independence Anniversary, ACDA has chosen Guyana to showcase its glorious history with a focus on the community of Baracara, a small village along the banks of the Canje River in East Berbice where many slaves once lived. 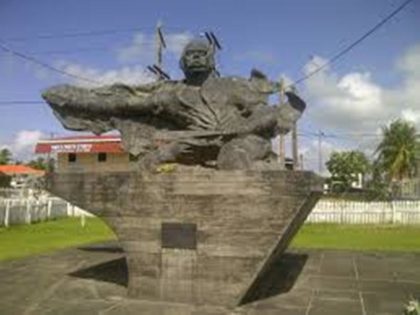 Some of Guyana’s politicians, religious leaders, trade unionists, miners, agriculturalists, sports personalities, business people, artistes, and industrialists and are descendants of those Africans who dedicated their lives for betterment.

Minister within the Ministry of Education Nicolette Henry, at a pre-emancipation event, encouraged Guyanese citizens to believe in themselves, go after their dreams and pursue it until they reach their full potential.

Like the enslaved Africans continuously fought for their freedom, Guyanese were urged to work hard for what they want. Minister Henry stated it takes a lot of hard work; patience, commitment, and resilience to achieve good outcomes.

The Minister further added that Guyanese “should commit themselves to a collective resolve to consolidate the gains of freedom to strengthen our bond in the future and together create a society in which all are equal.”

Information for this feature was sourced from several sites including: http://www.understandingslavery.com,http://www.recoveredhistories.org/,http://countrystudies.us/ and http://scholar.library.miami.edu/