Commissioner of the Guyana Elections Commission (GECOM) Vincent Alexander said the absence of poll books for ballot boxes at various workstations today was cause for concern as it also saw some delay in the process.

During today’s national recount, Alexander said the commission encountered the absence of several poll books at some workstations.

The Commissioner noted that these books are important as they are the record of incidences that have occurred at the polling stations.  He said there were instances where names were inserted on the voters’ list and there must be a justification for those insertions 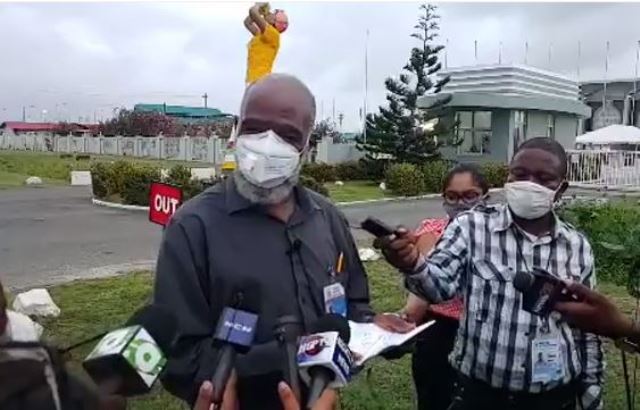 “So, there are still some queries about those names because the validation has not yet been made.”

Alexander said much of the absentee poll books are from the hinterland regions. Chief Elections Officer (CEO) Keith Lowenfield has made contact and is trying to retrieve the books be.

Throughout the day, there had been issues with a missing poll book from Region One, where that presiding officer claimed that he was no longer on the job and that the book was at the GECOM’s office in Mabaruma. Alexander said there are several other such missing books from that region.

The Commissioner also raised the concern about live streaming and the fact that a media house which was granted access to take photographs of the ballot boxes breached an agreement not to have the faces of officers taken.

“We do have a problem with people who seem to have agendas getting involved in streaming and doing exactly what we did not want to happen, that is putting the workers’ faces in the media. We know the atmosphere we are working in and prefer the safety and security of those workers, not to expose them.”

Alexander said the commission had reason to also upbraid a participant who was streaming live from his workstation, although they are fully aware of the Order and its contents in this regard.

“Some of the streaming by those people has been offensive referring to people in the streaming, calling them names as acts of defamation. There was at least one instance, where reference was made to persons that were offensive.”

He had reason to also reject claims by the PPP agent Anil Nandlall who earlier said that the meticulous process being undertaken by GECOM was unnecessary and was causing a delay in the process. Nandlall had suggested that the process would have been much faster, had GECOM agreed to only count the ballots as the PPP suggested.

“This the Order that GECOM issued with the things they will be doing. Mr. Nandlall continues the old stories of not wanting to go through a process that we have decided that we will go through.  This is not a Representation of the People’s Act 89 recount; this is a recount under Article 162 of the Constitution and Section 22 of the Elections Amendment Act which gives us the scope to do what we do and we are doing it. Mr. Nandlall might not like it, but we are doing it,” he said.