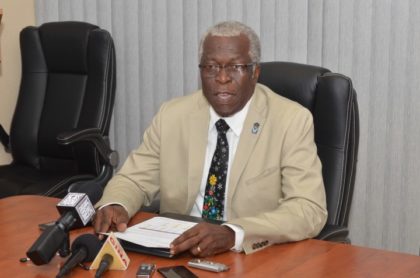 Director General, GCAA, Retired Lieutenant Colonel, Egbert Field told the Department of Public Information (DPI) that, to date, three of those ADS-Bs have been placed at the air traffic control towers at Kaieteur, Annai and Kamarang. The fourth one being set up at Port Kaituma is still under construction, Field said.

An ADS-B system is a surveillance system in which an aircraft determines its position via satellite navigation and periodically broadcasts it, enabling it to be tracked.

“We are looking at the first week in September to start testing the system. The equipment (simulator) has on board a number of aircraft already. Roraima’s fleet of aircraft is fully equipped and other operators are installing the equipment at this time, even Trans Guyana Airlines and GDF (Guyana Defence Force). We hope that in days to come, we will have the almost more than 80 percent of the fleet of 60 something aircraft on the registry and the system would be fully operational.”

The Director General is confident that the ADS-B system for Port Kaituma will be completed shortly. He pointed out that the authority is currently resolving some issues with the contractor for this project after which the location will be fully solarized and completed for the fourth tower to be constructed.

Air traffic is increasing rapidly, the Director General explained and the ADS-Bs will help with better spacing of aircraft in the air, “The system also allows air navigation to have the traffic management system, be used as a minimum safe altitude for short term conflict resolution.”

The GCAA recently commissioned its US$85M state-of-the-art simulator with features such as position for tower, ground and radar controllers, three pseudo-pilots, also 180 degrees display with ability of 360 degrees in 72 monitors, and recording and playback of audio and video for training exercise.