Police stations across the A Division have been tasked with launching youth groups by Divisional commander Clifton Hicken.

The A Division Commander was at the time speaking at the launching of a police youth group in the East Ruimveldt community on Saturday, June 18. Commander Hicken said that he has instructed every sub-division within his divisional command to establish community youth groups.

“We’re expanding the youth initiative because we see it’s working in terms of building capacity with the police, developing the youths in a positive way and we have more people from the corporate sector and other entrepreneurs coming on board with us,” Hicken told the Government Information Agency (GINA). 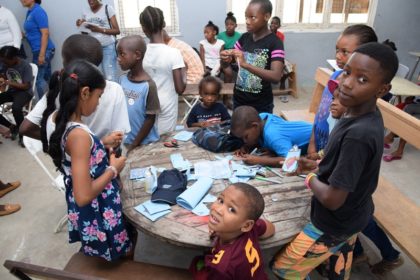 Hicken pointed out the police has now partnered with the Ministry of Education so that these children from the groups will be comfortably housed when the groups meet.

“Now that we have the schools to our disposal, we will try to not only integrate the truancy and the school drop outs but we want to integrate children from the school too,” Hicken explained.

The launching of the East Ruimveldt “multi-talented” youth group will focus on developing the young people in sports and arts. “We looked at the discipline, we looked at the enthusiasm and we recognised that if they have the right nurture and leadership within that framework they can do wonders in our society,” Hicken told the parents and children at the East Ruimveldt Primary school. 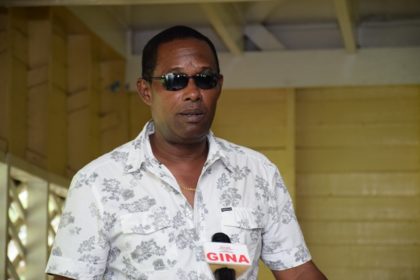 An assessment is made in each community and the police work with community leaders to determine focus areas for the youth groups. A Division now has 15 police community youth groups with more than 800 children aged three to 17.

The youth groups meet every Saturday and receive structured training in crafts, sewing, woodworks and other life skills. Hicken said the aim is to develop the young people economically so that they in turn can positively contribute to their communities.

The commander reflected how police work in the communities of Albouystown and Agricola has also instilled a sense of cleanliness among residents of these communities.

“We understand through our analysis that going back to the community there’s some positive,” Hicken said.

Hicken noted that the police have begun to benefit from the youth groups it has been establishing. “The children by themselves changing the way of life in the community because if they see something is wrong they say no don’t do that that is wrong,” Hicken said.

The commander added that there is increased trust between residents and the police. “It helps us with our response time, it helps us to solve crime it helps us to prevent crime mostly,” Hicken pointed out. 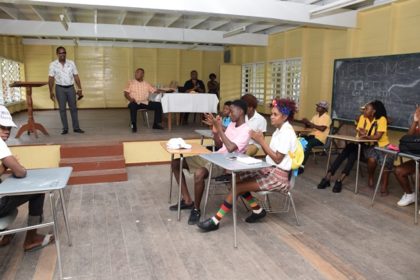 This is reflected in communities like Mocha located on the East Bank of Demerara. The police youth group, Rising Star, has received strong support from residents Inspector Debbie Handy of the Providence Police Station pointed out. The inspector is responsible for the youth group and works with community leaders and young children in the community.

“A lot of children are coming here and they enjoying it. I am happy about that. There are a lot of children at home not doing anything so when they come out here now they learn something,” resident Maria Cave told GINA.

Andrew Bennet, a 15-year-old member of the Mocha youth group, says he would like to see more young adults taking part in the group activities. “I want to see more attention for the other adults because most (of them) be gambling and they don’t really take part when the youths have to do things,” Bennet told GINA.

However, Bennet is pleased that the group has been positively influencing the younger children and developing them academically.

Crime must be recognised as a social issue that must be tackled with partnership Acting Police Commissioner David Ramnarine had said last week that. “The traditional approach to solving crime that is arrest and prosecute is no longer sufficient,”