Another Budget Consultation Another No Show by Opposition

Minister of Finance, Winston Jordan says the Parliamentary Opposition’s non-attendance at the series of 2019 National Budget consultations, “was not unexpected.”

He recalled that since an initial showing in 2015, the opposition has declined to meet with the Finance Ministry’s Budget team, despite being invited every year.  Despite this, the minister has met with numerous private sector groups and visited businesses to get a feel for their concerns and what issues they would like the 2019 budget to address. 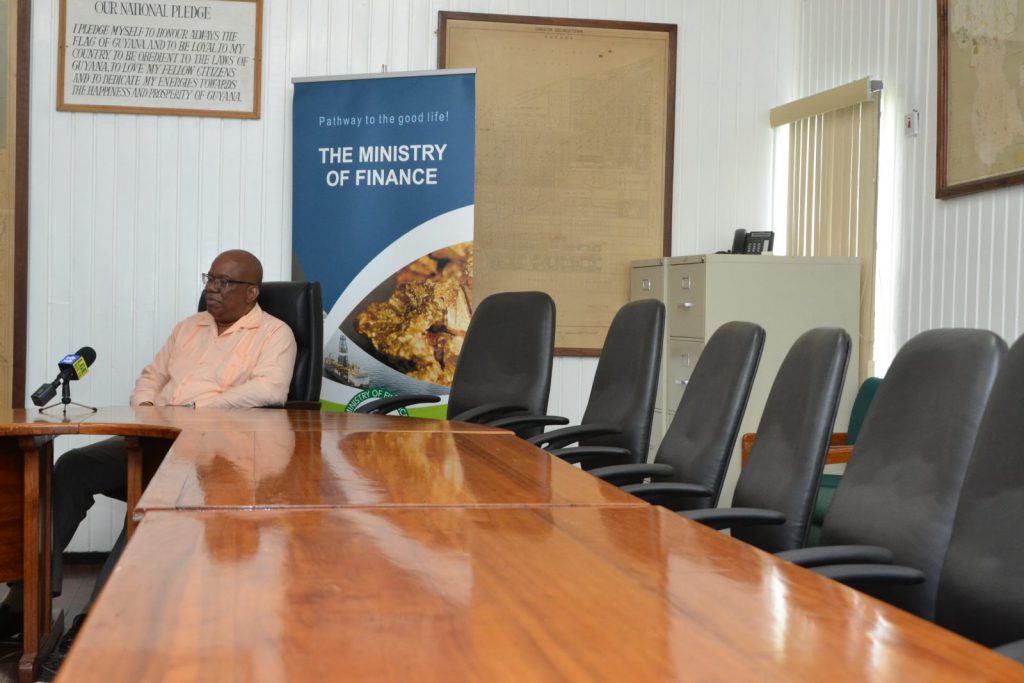 He confirmed that his secretary dispatched invitations for the consultations on August 27, 2018. He suggested, “It must have been a conscious decision not to cooperate with the government, in keeping with what they have said. So they have missed a golden opportunity to contribute to the fashioning of the 2019 Budget.” Jordan noted that they shout from the rooftops about a lack of consultations but when opportunities are presented, they don’t even show up.

The opposition’s non-cooperation stance, the minister stated, is also evident in their failure to take up designated seats on various boards and corporations. “It is obviously part of their non-cooperation stance but we as a government, despite this level of non-cooperation, we have marched on. We have been elected to do a job and we will continue to do the job to the best of our abilities.”