The A Partnership for National Unity+ Alliance for Change (APNU+AFC) Coalition is calling on the Guyana Elections Commission (GECOM) to address the occurrences of electoral fraud.

The call was made by Election Agent and Campaign Manager of the APNU-AFC, Joseph Harmon in a televised statement today. 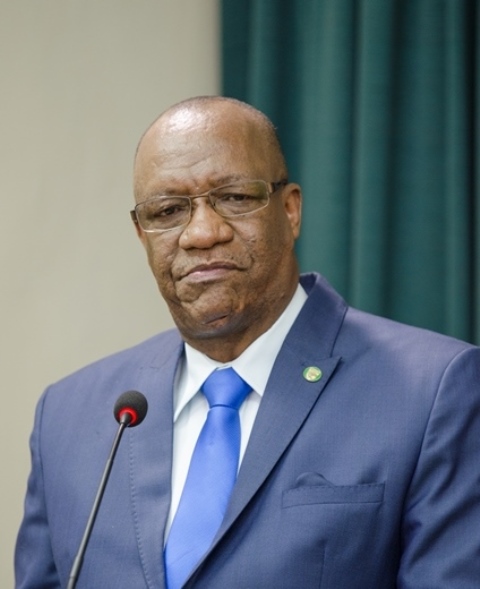 Campaign Manager and Election Agent for the APNU-AFC, Joseph Harmon

Harmon reminded that it was on Monday that the coalition highlighted several anomalies uncovered during the national recount of votes cast at the March 2, General and Regional Elections.

They are still awaiting a response from the elections commission.

Those irregularities include illegal voting (dead and migrated voters) missing poll books, and unsigned Affidavits of Identity, lists found in the wrong ballot boxes and the issue of the unstamped discipline services ballots.

“Since these statements and follow-up letters sent to GECOM, we have had no response from the commission on these issues,” Harmon stated.

He noted that as predicated, the frequency of these occurrences has increased and “has led the APNU+AFC to the inescapable conclusion that massive voter fraud has taken place.”

From May 26 – 28, the coalitions agents have identified and confirmed instances of voter fraud in Regions 7 and 8 from GECOM’s own records Harmon mentioned.

“Our election agent has written the Chairman of GECOM calling for an urgent investigation and response by GECOM before the tabulated votes in the regions are announces. Over that period, we have identified from GECOM records over 83 cases of irregularities.”

According to Harmon, the coalition is now demanding answers as eleven letters were sent to the commission but have remained unanswered.

“We cannot sail calmly into the end of the recount while concerns go unanswered and a massive fraudulent operation was carried out on the electoral process, an operation which is systematic and pervasive,” he stated.

Harmon highlighted that the coalition’s intervention with GECOM has been based on evidence. As such, the coalition “requires GECOM to act in a timely manner on these investigations as the cumulative impact of these irregularities and fraud has a bearing on the validity of all votes.”