The leadership of A Partnership for National Unity and the Alliance For Change met this evening to discuss a number of matters. 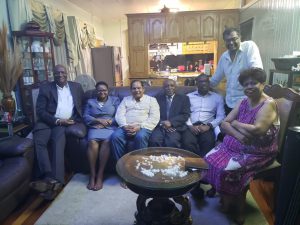 The leaders of the two parties jointly reaffirm that the Coalition remains united and strong.

Further the leadership celebrated the triumph of democracy in the efficient and successful holding of Local Government Elections, the second under the Coalition Government since it came to office in 2015. The leadership congratulates GECOM for the smooth and efficient manner in which these elections were held and acknowledged that GECOM has demonstrated its capacity to hold free, fair and credible elections.

APNU and AFC will host a joint media conference tomorrow at 11am at Congress Place.