The Appellate Court will on Friday hear arguments and thereafter hand down its decision in the case filed against the Guyana Elections Commission (GECOM) by Ulita Grace Moore, who is seeking to block a national recount of the March 2, 2020 votes.

Moore’s application was dismissed on Tuesday by Chief Justice (ag) Roxane George, who along with Full Court Judge Naresh Harnanan, ruled that the High Court of Justice Franklyn Holder did not have jurisdiction to hear the Fixed Date Application. 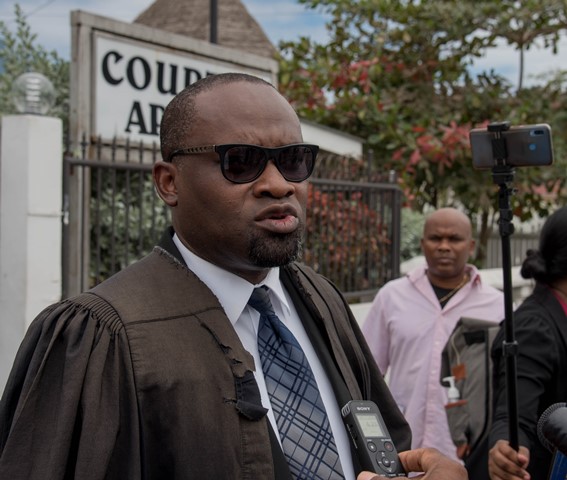 Moore had approached the High Court earlier with an injunction against the elections commission, asking that a national recount of the General and Regional Elections, held on March 2, be blocked.

That recount was owed to a request made by President David Granger to the Caribbean Community (CARICOM) for supervision and was also agreed to by opposition leader Bharrat Jagdeo.

Moore has been contending that the request by the two leaders goes against the tenets of Guyana’s Constitution and the country’s electoral laws.

Approaching the Appellate Court today for a resolution, lawyers for Moore are maintaining that that the ruling of the Full Court was “wrong in law.” Attorney Roysdale Forde said he expects that the Court of Appeal will set aside the decision of the Full Court.

The opposition PPP is contending nothing is preventing a recount of the votes. However, Forde said his team expects the chairman of the elections commission Justice (ret’d) Claudette Singh to await the completion of the legal process.

“It is amazing that after the ruling of Justice Holder, the other side felt it proper to file an appeal to the full court. But the court system recognises further appeal. So why is it ok when only they obtain a victory for themselves at the Full Court that the process of the chairman… suddenly comes to an end. That is the problem we have been having throughout this process, where, from time to time, people have been making selective statements and positions,” Forde told the media outside the Court of Appeal.

He continued “why is it only now that you are proceeding with a recount at this stage. What are the ambivalence and the facts that only a recount can be considered? Why can’t the report cannot be presented to the elections commission?” he questioned

Forde further contended, “When we had legal proceedings pending in our favour, the chairman did not present the report. The decision of the full court does that necessarily follows a means of a matter of logic and commonsense that a recount should be presented when there is also a legal proceeding.”

The Appeal Court, consisting of Justices Dawn Gregory-Barnes, Rishi Persaud and Brassington Reynolds today received submissions by the two parties. Both sides will also be allowed to respond to each other by 6 am tomorrow.  The intention is to also have the decision handed down tomorrow as well.