The National Agricultural Research and Extension Institute’s (NAREI) capacity in Region Nine has been boosted with the handing over of an All Terrain Vehicle (ATV) on Friday. 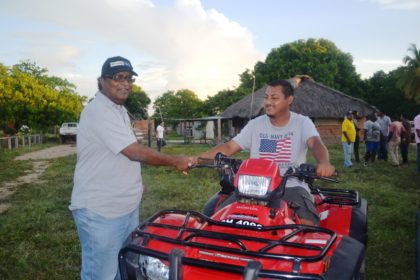 During an outreach exercise in the Region, Chief Executive Officer, NAREI, Dr. Oudho Homenauth used the opportunity to hand over the vehicle to further advance the extension work of the Institute.

“The extension arm of NAREI is very crucial in the Region. The staff are required to be in villages which are impossible to meet at times. The ATV is expected to significantly boost their presence in all regions,” Dr. Homenauth said.

The extension arm of NAREI remains an important component of the Ministry of Agriculture, as technical assistance is often sought. This is to ensure that farmers’ livelihoods are not lost. 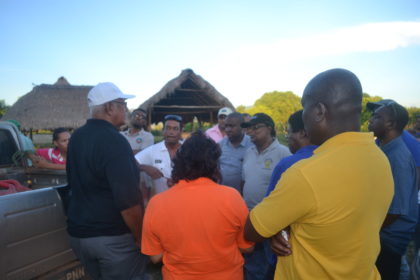 The ATV will add to the others that have already been handed over earlier this year.

Indigenous communities are being transformed from traditional villages into modern communities capable of providing their residents with a standard of living that would please any Guyanese. Government remains committed to this ideal and continues to work diligently to make it a reality. 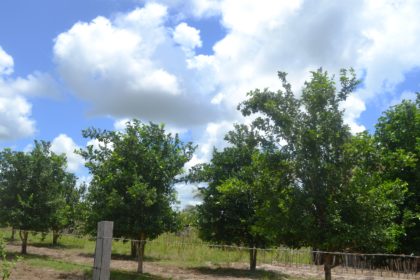 Agriculture Minister, Noel Holder led a high -level team on a four-day outreach to Region Nine, where efforts were made at boosting agriculture in the Region.