Bartica $50M multipurpose facility to be commissioned in two weeks

Bartica will soon witness the commissioning of a new multipurpose court within the first weeks of 2018, following the completion of works on the facility. The which centre will facilitate several sports disciplines will be officially handed over to the municipal authorities by Minister of Social Cohesion Dr. George Norton. 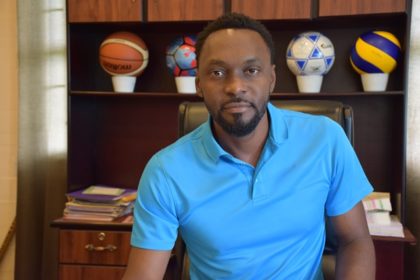 This was disclosed by the Director of Sport, Christopher Jones, during an interview with the Department of Public Information (DPI). The multipurpose centre is one of the flagship projects under sports development coming out of the 2017 National Budget.

Jones indicated that the court is part of a $50M facility upgrade and is expected to be a hub for sports in the municipality since it will boast a multi-disciplinary court that can accommodate volleyball, basketball, tennis and cricket. It was also highlighted that work which will be completed before the date of commissioning also includes a football field which will be enhanced with proper drainage and bleachers. will also be outfitted with lights to facilitate matches being played at nights.

The realisation of the facility arose from a request by the Mayor and Councillors of the recently established town. This was followed by a site visit from the National Sports Commission to determine the most suitable location for the centre.

Additionally, it was highlighted by the Sport Director that the sum of $6M has been allocated for works to be being carried out at the Mon Grippa Hill ground through the ground enhancement fund. The monies will see several upgrades including the fencing of the entire ground and grading of the field to ensure it has a level playing surface.

According to Jones, the step was taken to have the ground enhanced because with “the lead up to inter-house and inter-school championship activities, the only space, is the Bartica community centre ground and many times due to the weather, the ground is inaccessible. The Mon Grippa Hill Ground is going to be the alternative venue for the hosting of school sports, should the Bartica community centre ground not be accessible.

The upgrades on that ground are expected to be completed in early 2018.