‘Be resilient in the face of challenges’ – Top Cop urges recruits

Guyanese can expect a stronger, more efficient corps of police as the Guyana Police Force (GPF) boosts its operations with eighty-six (86), new officers.

The new ranks were welcomed to the force by Police Commissioner Leslie James, D.S.S., D.S.M., during the passing out parade at the Tactical Services Unit Drill Square at Eve Leary, Georgetown on Friday. 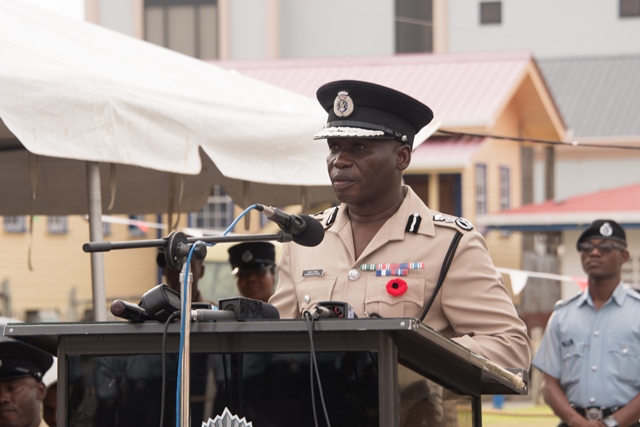 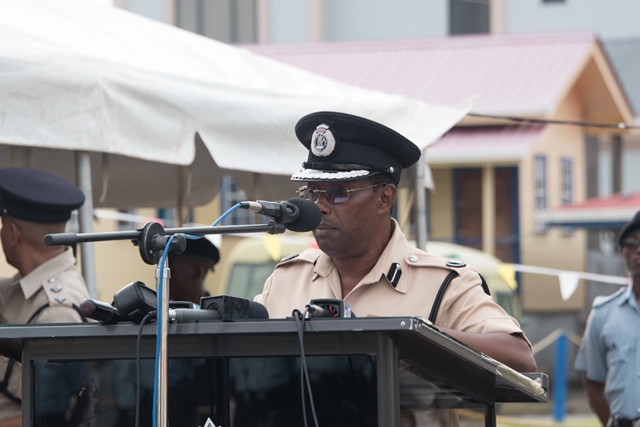 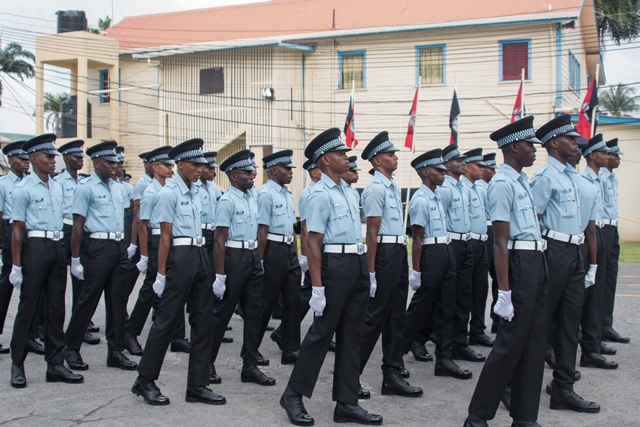 Some of the ranks performing their drill display.

Charging the newest addition to the Police Force to serve Guyana well, the commissioner urged the recruits to be resilient in the face of challenges.

“You are now equipped with the laws of Guyana, regulations, procedures and guidelines. From this day onward, you are entering our communities across our divisions where you will be faced with the challenges as a policeman,” Commissioner James explained.

The 86 new police ranks were urged to display professionalism and high moral standards as they were welcomed into the force as viable additions to an organisation that is more respected, more trustworthy and more responsive than ever before.

Assistant Commissioner and Force Training Officer, Clifton Hicken explained that the recruits are a diverse bunch, drawn from all across Guyana and were deliberately placed together to ensure greater cohesiveness in the force.

According to Hicken, understanding the culture of a wide sect of Guyana is integral to the growth and development of officers, particularly those who will not be serving in their communities of origin.

“I urge you not to forget what you have learnt from your instructors. There will always be challenges… but make decisions based on the goals and objectives of the organisation [to which you will be attached],” Hicken encouraged.

The core courses, Hicken added, were not enough to produce a high calibre of officers. In response to the needs of the Guyanese citizens, whom the new ranks have been elected to serve. Instead, several courses were added to the training curricula including conflict resolution, tourism policing, customer service and leadership.

Special awards were presented to nine ranks from the three training courses.

Constables 25282 Daniels; 25320 Marks, and 25333 Ramkissoon were adjudged the best students from their respective groups.